Review: Descendants of the Sun. Why the fever?

just feel like shouting out some thoughts here, before I go into mugging week

haha some of you might think this is another post to fangirl about Song Joongki
Well, it's not all wrong hahahahah

Just in case some of you don't know (I suppose there's none), Descendants of the Sun is pretty much the hottest and most famous Korean Drama for this year, up until now. Just to give you an idea how insane the craze was (in Msia and SG's case at least).... 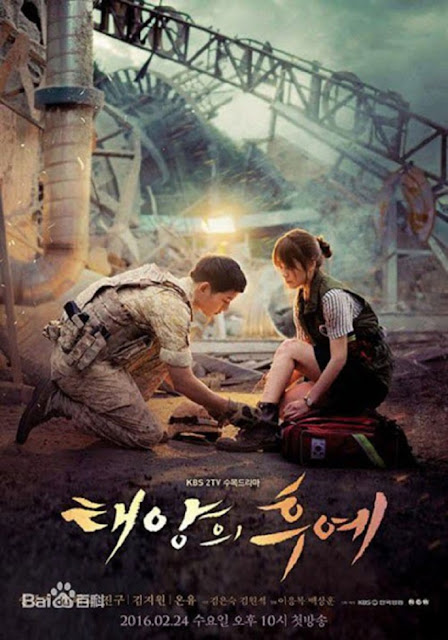 First: You will not swipe your Facebook without noticing someone fangirling about Song Joongki or someone posting DotS related news. I swear I wanted to be one of those people haha, but I thought I shall not spam peopls' news feed further LOL.

Second, there's at least one mandarin news about DotS on chinese papers everyday. I'm not exaggerating. Almost every Chinese paper I read have it and it's so insane that even the smallest news made it to the paper. Mostly Song Joongki's news, but there's also like prediction of the drama outcome, comments from directors or crew made it to the papers too! Can you imagine haha

Third, you will find at least one person watching DotS on their mobile devices in the MRT.

Fifth, now that it has ended. Everyone will be saying how empty they feel.

I swear this craze is one of the most heated one. Is like Song Joongki became every girl's boyfriend haha. and became every guy's enemy too (nola just joking)

Personally, I think this drama was quite a successful one. Not my favorite, but it surely deserves all the attention.

Storyline:
Written by one of my favorite K-Drama writers Ms Kim Eun Sook who also wrote tearjerkers like Secret Garden and romance comedy like Gentlemen's Dignity, DotS's storyline was really a fresh and interesting one that triggered people's imaginations and expectations. Gotta say this Army Captain and Doctor combo is just too genius of an idea. Not many people can develop stories from such a background but she created so many beautiful scenes and heart warming lines.
I think it's really smart for her to choose this topic, since it's rare, and I doubt anyone had any expectations before we watch. Whatever story it tells, we didn't see it coming, and so we love it. Yes, we didn't see a baby-faced army coming, we didn't see a baby-faced soldier who can joke coming, we certainly didn't see a baby faced-humorous-and-knows-how-to-flirt soldier, coming. I swear I didn't imagine the first episode to be an army soldier using his army tricks to impress a girl. Thought it was gonna be some serious melo.
Unlike the recent K-dramas which usually have a backbone storyline that holds the story, this one doesn't exactly have one but the story was able to progress with plots that incorporates action, drama and lots of humor which constantly keeps us on the edge of our seats. I like how every episode has it's complications and a climax that really pulls people to keep on watching.

But I have to say, towards the end of the series, I feel like the story was kind of rushing. It's like all the problems were easily resolved by miracle. (Spoiler: Is it even possible for someone to recover within a day after several gunshots with a cardiac arrest?) But maybe it's a good thing too, or else it would have been suffering for us to bear the sad moments.


No need to say, this is the best part of the show haha. I keep on saying this is 史上颜值最高电视剧. And when people ask me how I think of the show, I always answer. It's pleasing to WATCH, like literally. 很好看 。The visuals are just 101%.  I guess I don't have to reiterate on how impressively good looking all the main actors and actresses are, their costumes and stuffs. I have to say the setting was brilliant seriously. It was filmed in Greece omg... A mesmerizing place, with story-book like skies and sea together with the ruined-beauty of some ancient buildings that endured history. And you placed two of the most dignified people in the world over there (Soldier and Doctor), isn't it a glorious and beautiful scene? I guess most people forgot the fact that Soldier and Volunteering Doctors are tough jobs while watching the show haha.

Plot and Scenes
Gotta comment a little bit about the sub-plots and certain scenes. I really like how the series has a lot of comedy in it, despite it being a melodrama. I guess it really changed the mood of the viewers watching the show.
But at the same time, I do like some of the plots that triggers some debate between the two main characters. I guess the "Country or Me" issue defined most of the stories in the series and it's really an interesting topic to present. I like how they expressed their concerns and emotions. The complicated debate between Love me let me go or Love me stay with me. Well even though this was obviously one of the main issues, but I wished the writer developed more in detailed on this topic. It might be draggy, but I would like to see a more realistic struggle. It felt like they got their way too easily.
Btw, even though I love the second couple in the show, I thought their story was just cliche, is like the writer just wants to make their lives miserable for no reason. I wished more details are being shown in their relationship, to me it was just two of them loving each other very much, but why? how they kept it together, what was keeping them strong. Is like "I love you and so nothing is gonna change. My dad is the only thing between us."

On another note, I do like some of the issues regarding moral and ethics. One of my favorite scenes and line was Captain Yoo telling Doctor Kang to save the person because you are a Doctor. "I will kill him as a Soldier if I have to. Do your job as a doctor." I think Onew did well in portraying the doctor who ran away from a survivor during a rescue. Sometimes we have to make painful decisions in life, one way or the other, we will suffer emotionally.

Actors
Yay fangirling time!! Personally think Song Hye Kyo did a great job. Her acting OMG. I cried in the last two episodes. It's like Secret Garden all over again. (I suppose Hyun Bin was really a match with her haha) I cried because of her expressions! I swear I really didn't feel like crying when the bad news was told. I didn't cry at his last words (Sorry Captain). But damnnnnn those heartbreaking scenes really made me cry. There weren't even any lines man, just her and her acting OMG. Oh Kim Ji Won was equally awesome on that part as well. Two ladies, making me cry so bad. While I was watching, I can't even believe I started tearing and my heart pounded as they sobbed and then I realize I wasn't breathing LOL was totally absorbed by their acting. This is where you realize, the real main character was Dr. Kang.

Okay la not that SJK wasn't as good as Song Hye Kyo. Congrats on his transform from Flower Boy to Tough Guy look. He took on this role really well. Is like a perfect mix of everything. The baby face but tough figure, his warm laughter as the joker and his stern voice as the big boss, the struggling personality of a savior and a killer, the man in love and the country's man, all these were portrayed with clarity. Never gonna forget those eyes that can melt you down instantly haha. You know how people always say certain man only appear in drama but not real life, NO I dont think so, I think this guy only appear in DREAMS haha. It was another level of perfect.

Jin Goo sshi I didn't forget you. You are so adorable. I really like how he portrays like this very loyal and responsible sergeant that seems like he doesn't care much on the outside, but on the inside he's just a soft guy who cares and thinks so much about MyeongJoo. 暖男 arr!!

Okay conclusion. It's really worth watching, and I kinda wished they extended the show a little bit more. The fresh storyline, the interesting characters and the right dose of action and comedy in a romance drama. More importantly, the visuals!!

Bye Descendants of the Sun. You were really awesome. 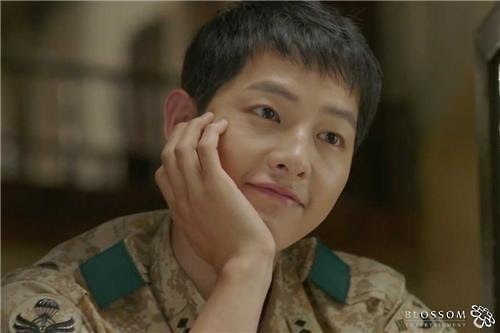 p/s: They have AWESOME OST.

pps: CHEESY ALERT They have lots of super cheesy lines. My gosh especially 单身狗 like me almost cannot tahan the last 2 episodes.

ppps: Tbh, as much as I love Dr. Kang's character, but sometimes I can't help but to dislike it when she acts like some naive-dumb girl in front of Captain. But I suppose this is the 好天真好不做作 quality that every female lead must have.
Posted by Carmen JW at Saturday, April 16, 2016 1 comment: Links to this post

Well this blog would be going into hibernation mode soon. Hope these yummy visuals will keep u entertained while my blog ceases operations heh

For this week, these are photos taken at PJ Uptown (Damansara Utama) 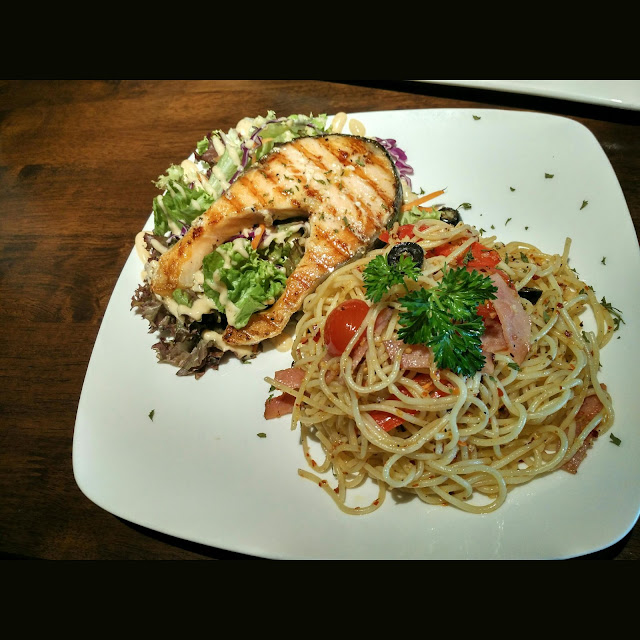 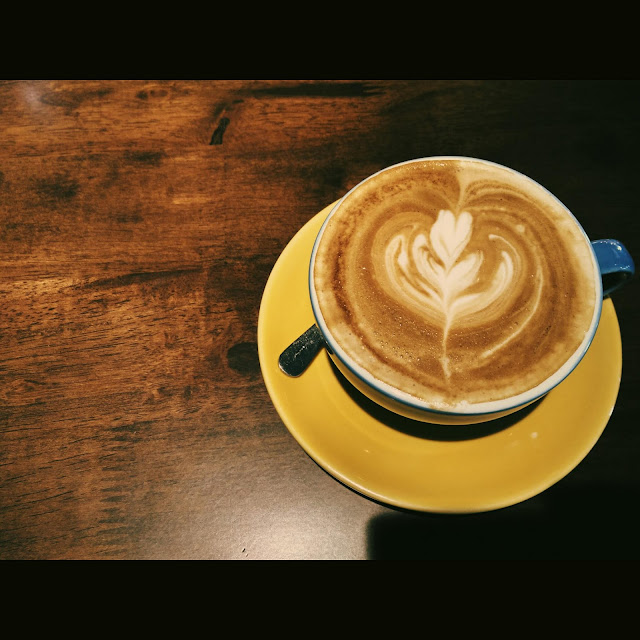 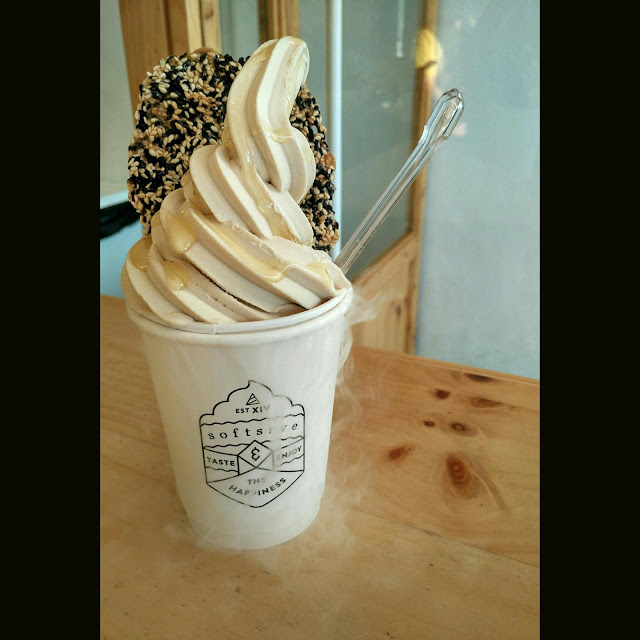 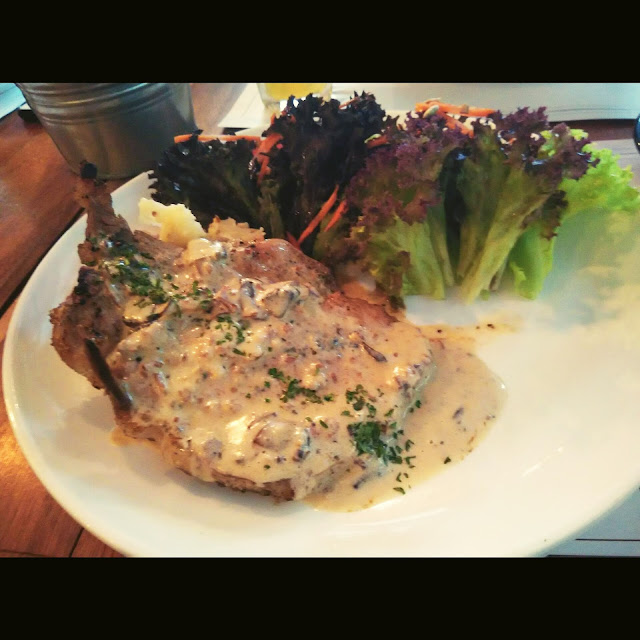 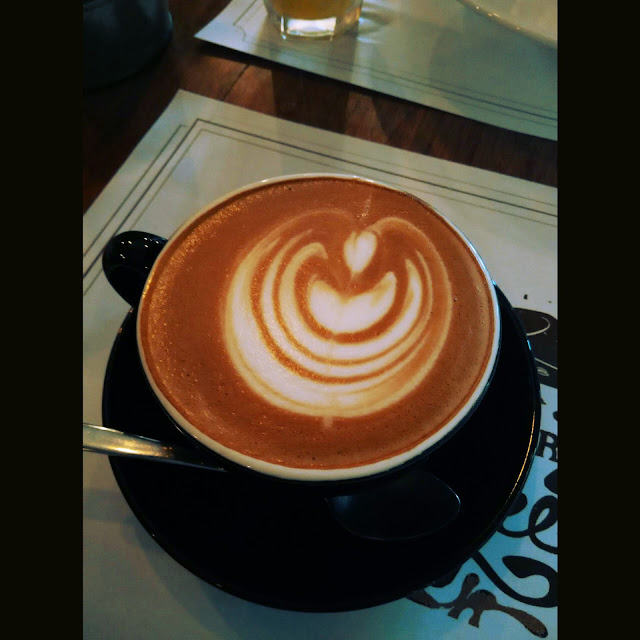 Epicuro
Food prices in PJ is freaking me out recently. Despite my occasional splurge on insta-worthy meals, i still prefer good old yummy cheap eats. Here's one of my favorites in DU: 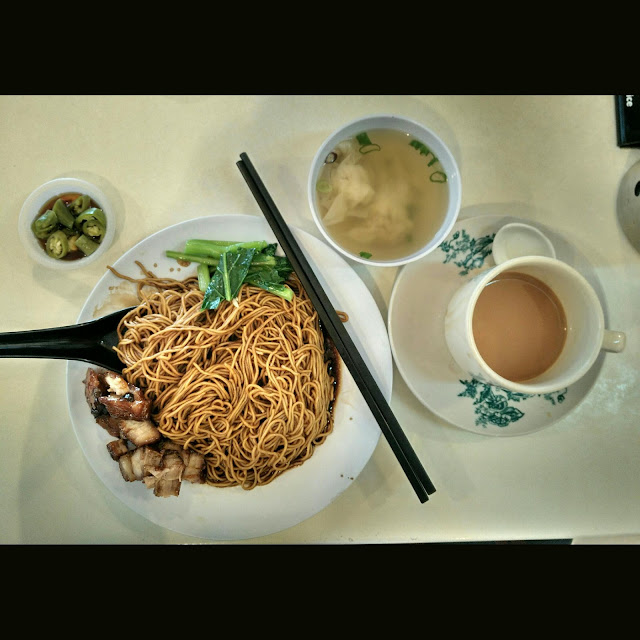 Annie 1
My favorite Wantan Noodles and Teh C 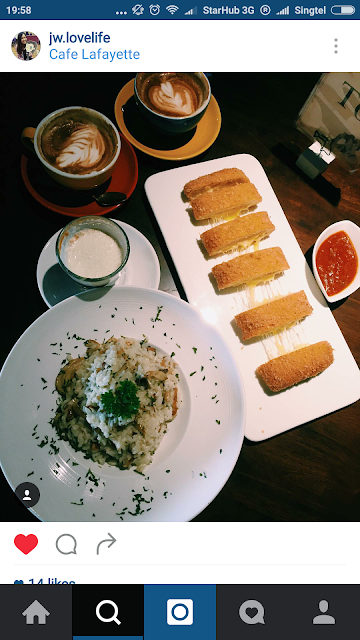 Just an add on, actually I tried the Deep Fried Mozzarella at Cafe Lafayette and i think it's worth recommending. But for some reason I didn't take a photo of it. Here's my friend Jingwen's instagram post of our meal that day. See the golden brown slices with cheesy strands on the right? Yep just try haha.
Posted by Carmen JW at Tuesday, April 12, 2016 No comments: Links to this post

In the middle of the class, with no intention to listen and hoping the lecturer doesn't catch me swiping my phone.
Just a Sudden urge to post food pics. But damnnn this blogger app needs alot of improvement. Can't post large photos and limited tools. Urghhhh
Anyways, here's some yummy treats from my trip to JB in February. Will update on the shop details soon when I get hold of my laptop. 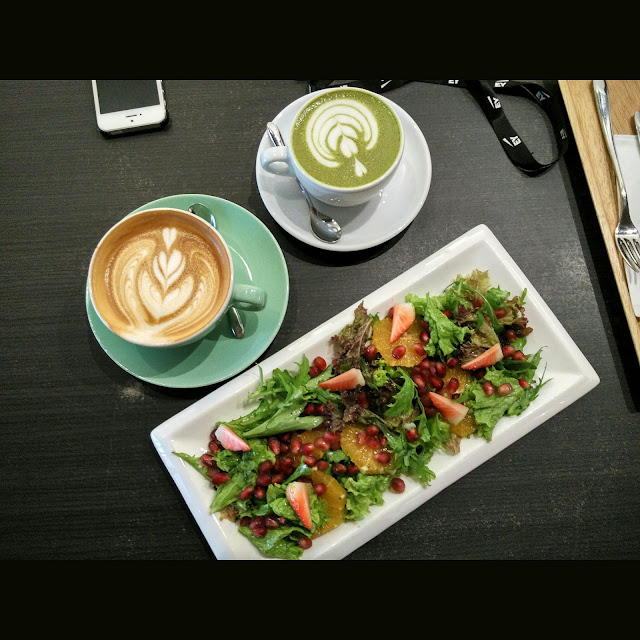 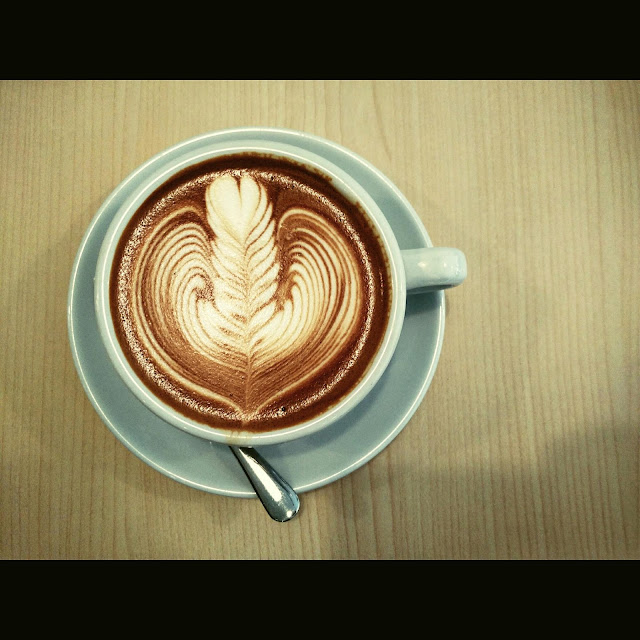 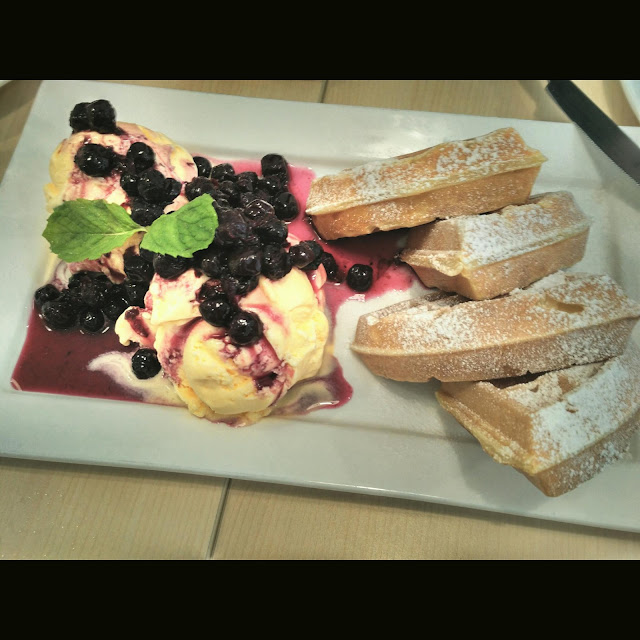 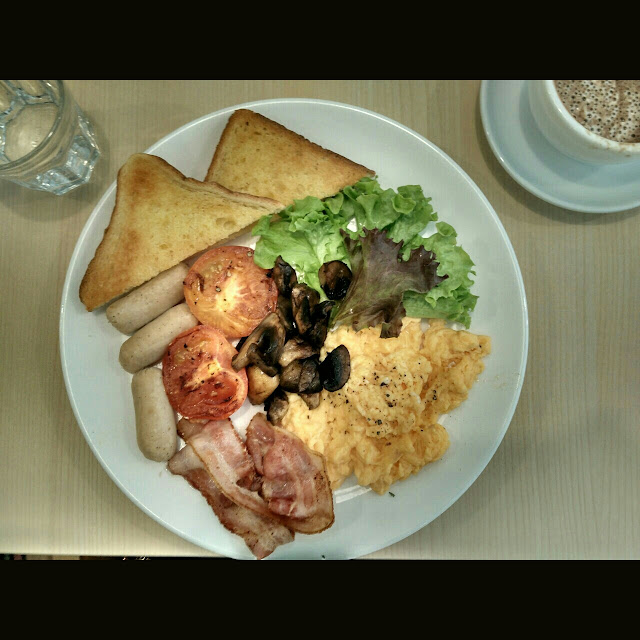 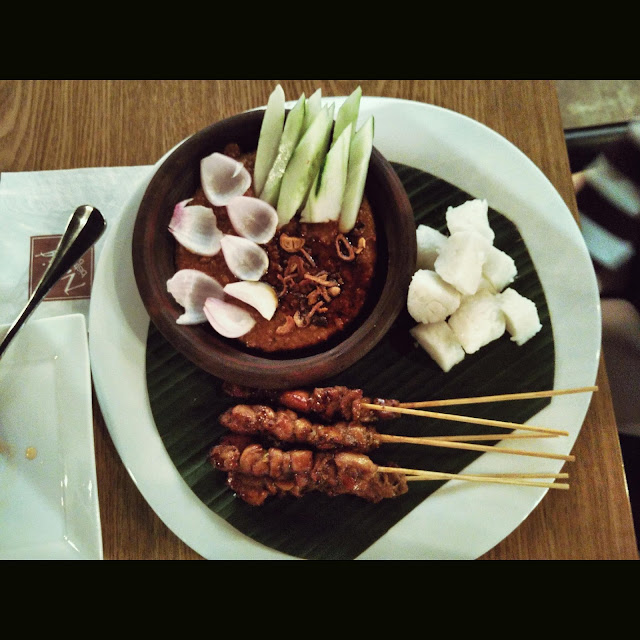 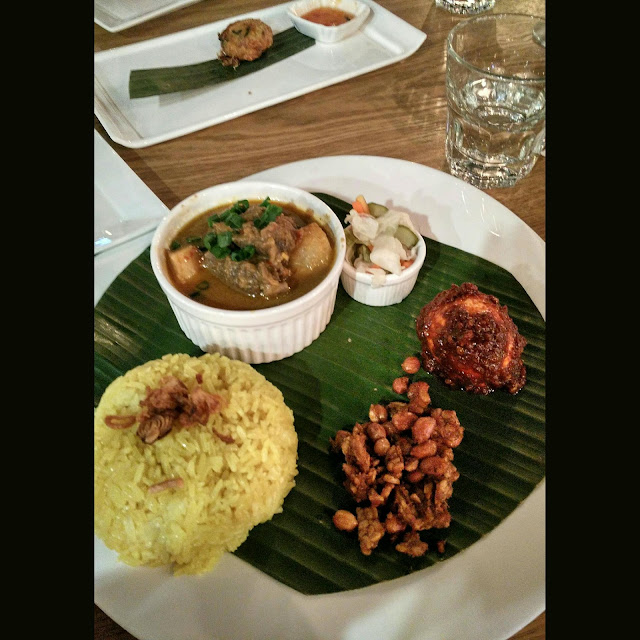 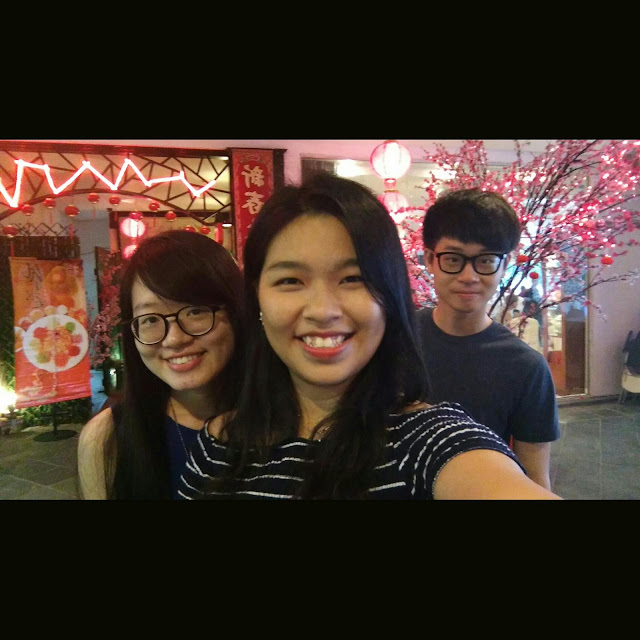 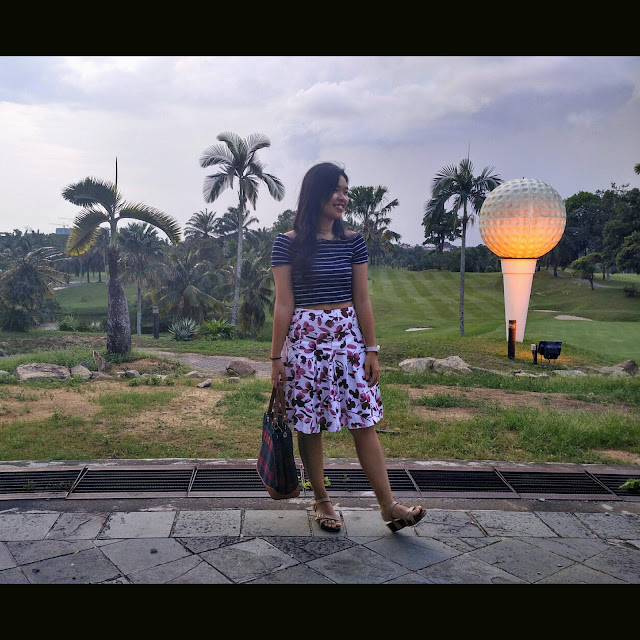 Signing off with a zz photo
Posted by Carmen JW at Tuesday, April 05, 2016 No comments: Links to this post 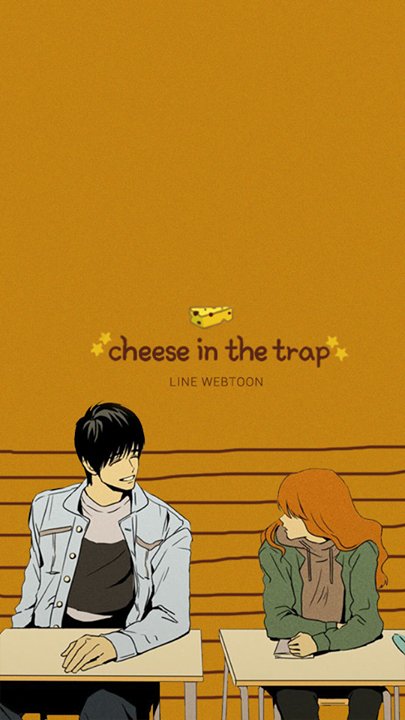 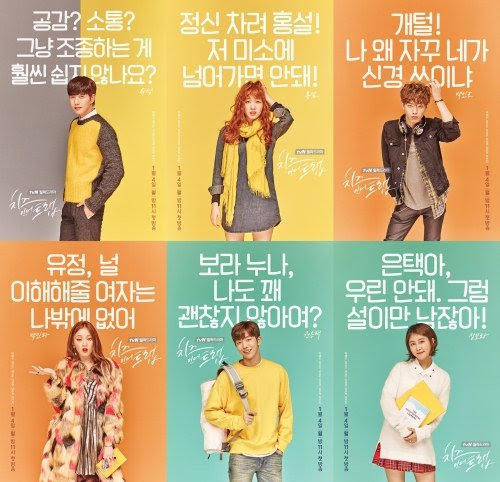 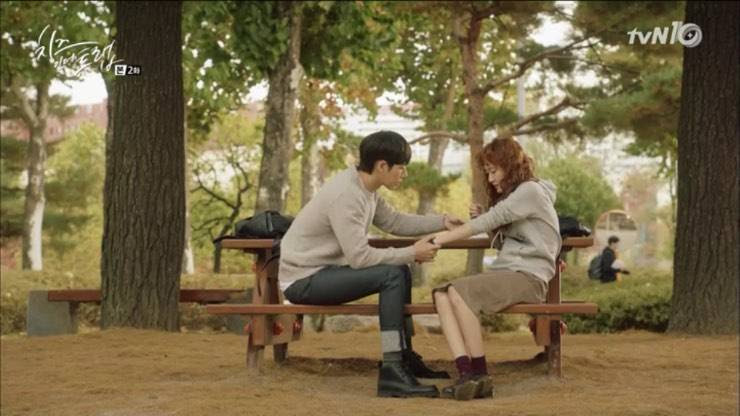 Posted by Carmen JW at Friday, April 01, 2016 No comments: Links to this post