Very short post about some cafes I went sometime ago...
Better do this now coz I have tonnes of foodie moments lining up hehehe

erm but i gotta say sorry for the not-so-nice photos coming up...most of them taken in low light so yea....kinda LQ

So first up, went to Artisan Roast's HQ at TTDI
I've been to the branch at Bangsar Village 2 last year, read post here
Was craving for coffee so decided to go to this famous coffee shop. It was almost 11pm but the shop was fully occupied. And the moment we stepped in, there's only once cheesecake left! Ordered it immediately haha... 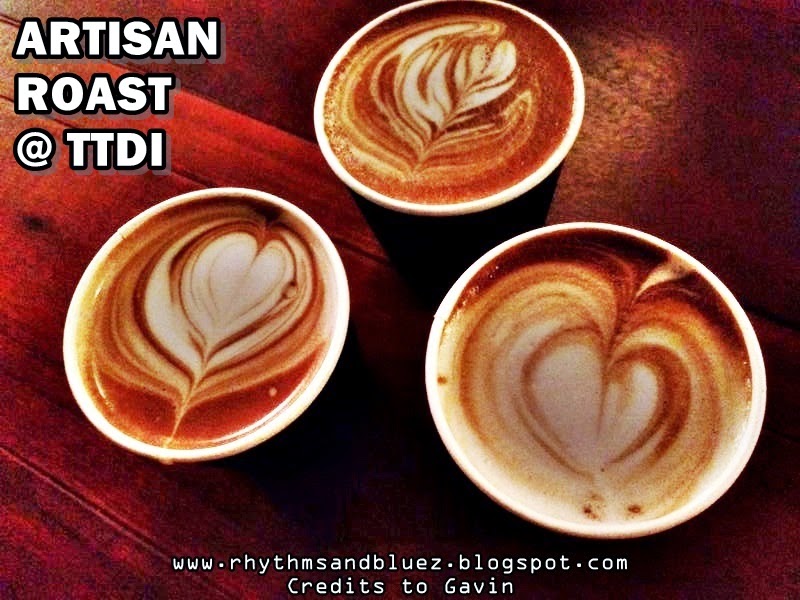 yea their business was so good that they ran out of cups
3 of us had hot mocha
It's nice that the barista was able to pull latte art despite using paper cup. 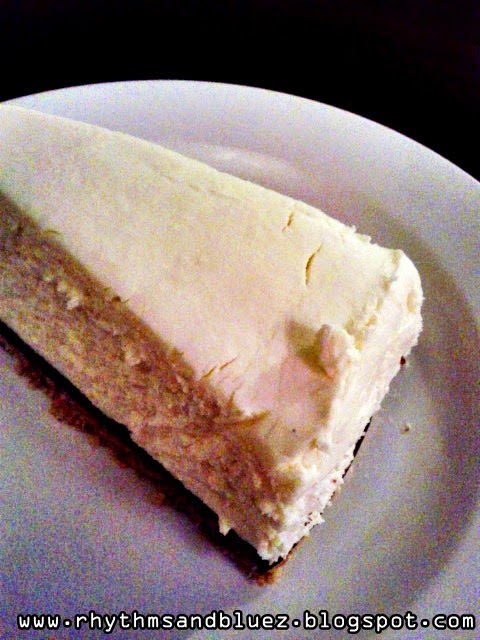 the worth-to-die-for Cheesecake by Artisan 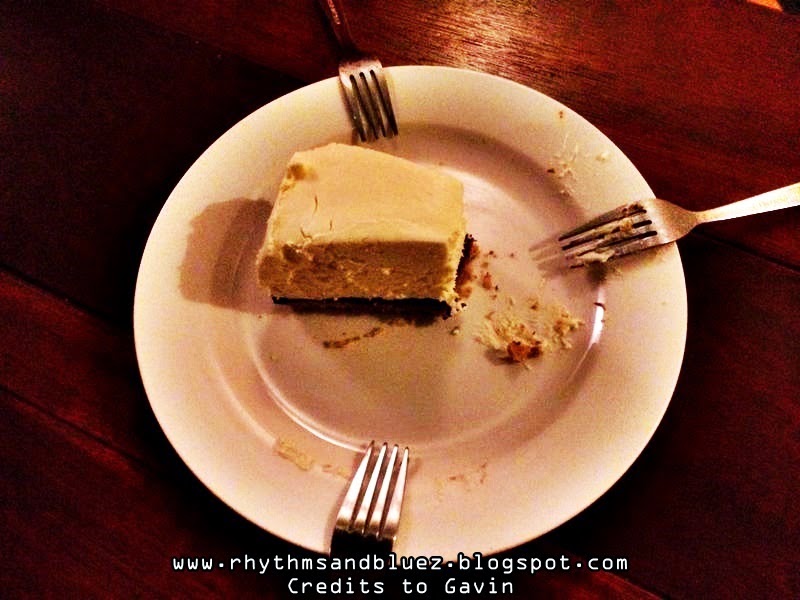 owh ya, before an appropriate photo was taken....
anyways..
it's just delicious
super fluffy, and creamy but not sticky or too heavy.
You will love the moment when the fragrant and ice cream-like cheese melts and wraps around the semi-sweet choco layer and crunchy base.
Wish I'm in Msia now TT.TT 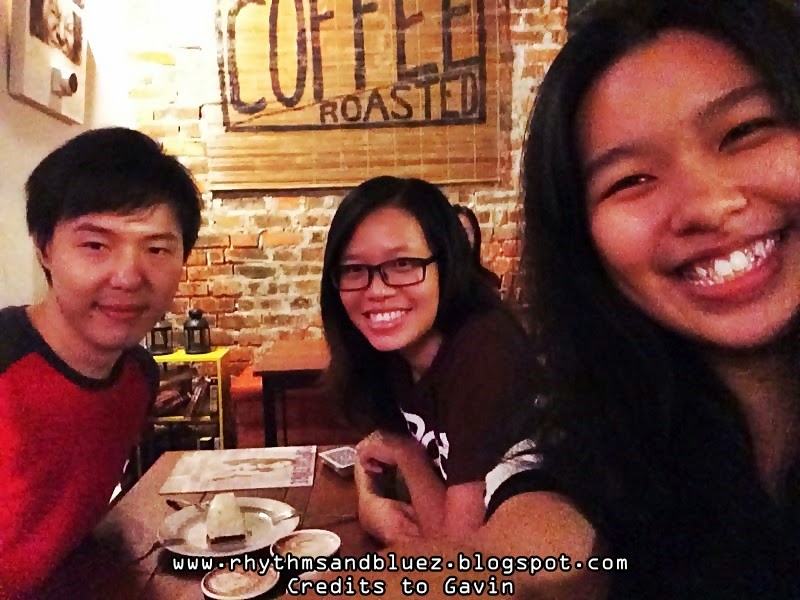 Coffee buddies of the night!


Next, a mini post of Lavender Bistro
It was before my flight back to Subang at Johor's Senai Airport.
Lavender was like me and my cousin's fave hang out place when we were still kids. They serve an awesome and creative range of cakes and breads and they were the pioneers to bring bubble tea into Malaysia. But as time goes by, they pretty much turned into hip and urban cafe with western food menu and delicious cakes and beverages. 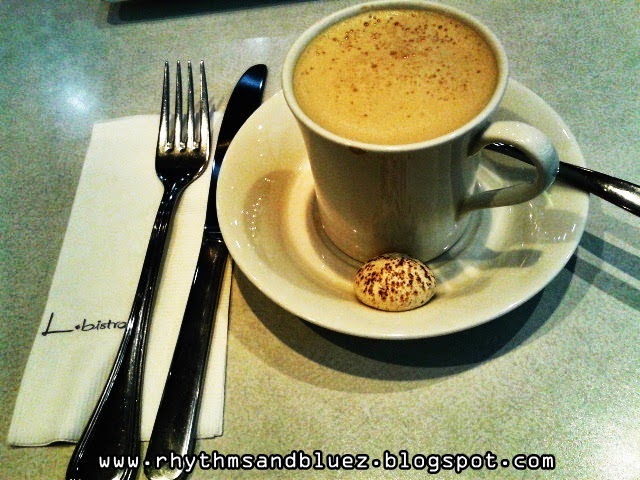 Tea Latte - RM6.00
Nice!!! I would say that this is a smoother and more fragrant version of Teh C :D 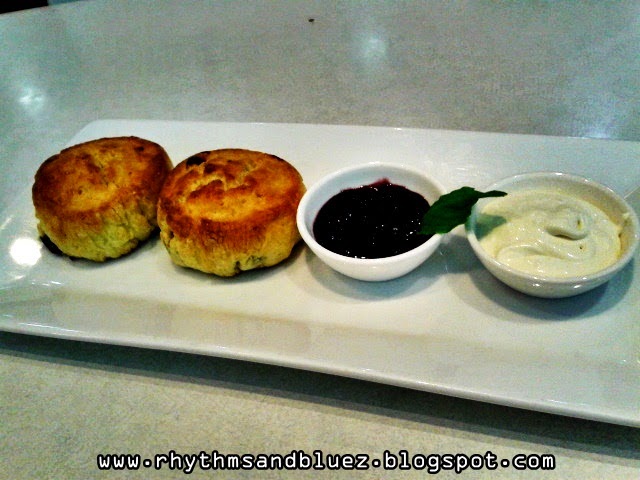 Scones and Clotted Cream and Jam 8.00
fluffy scones, the jam was nice but i wished it had stronger berry flavors. 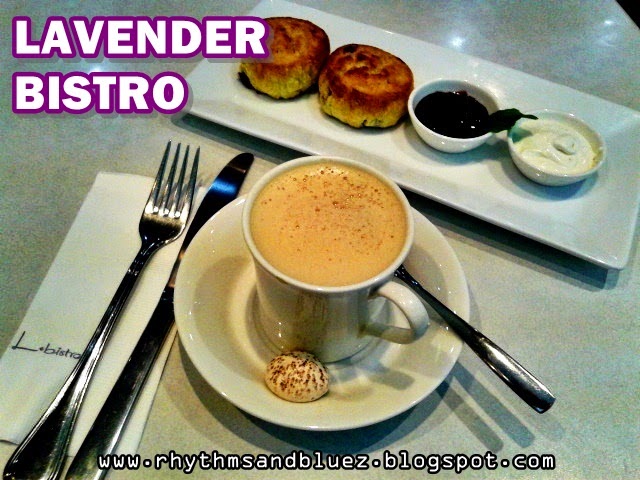 Sipping my tea, munching my scones, and watch the world goes by.

Short Update Here...
Finished my freshman year!!! YAY!!
Going through semester 2 exams was one kind of hell really
will complaint more in my following post
at the same time
loads of posts coming up!!
My after-exam stress therapy with loads of fun, friends family, food and caffeine...
Stay tuned yo!