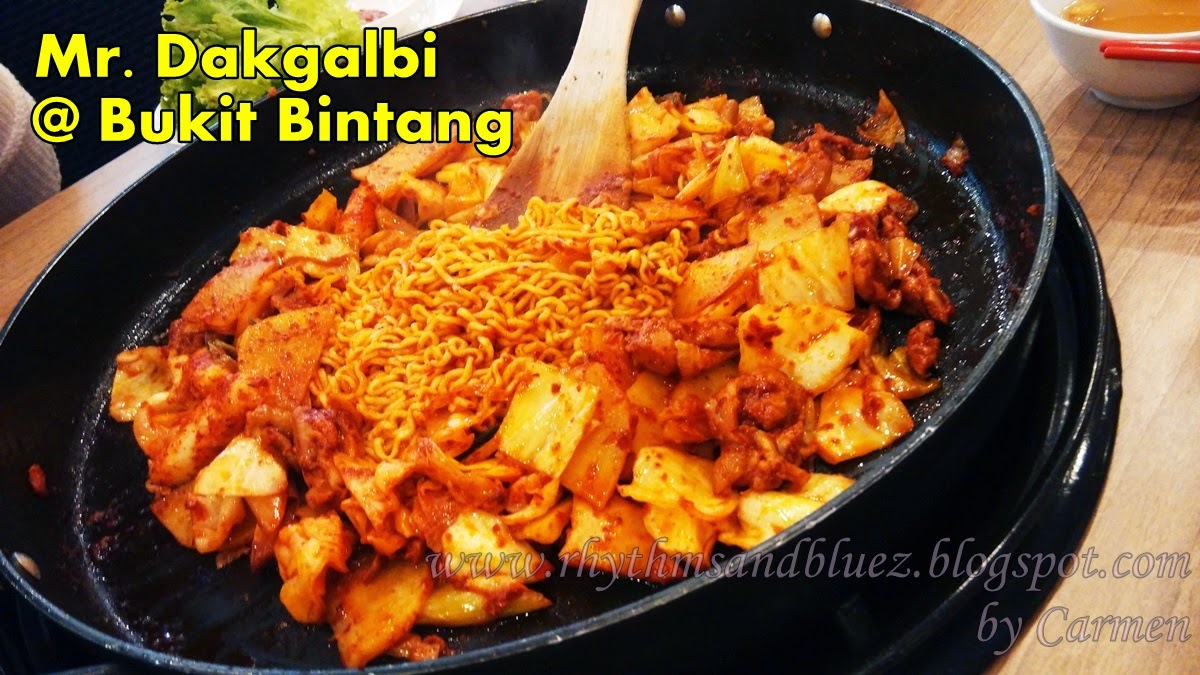 Hehe finally something special from the usual BBQ that we have at korean restaurants. This shop at BB specializes in this korean local cuisine name Dakgalbi. which is actually chicken strips marinated in hot sauce and pan-fried with crunchy veggies like potatoes, cabbage and onion.

I remember Dakgalbi can be BBQ-ed oso, but this stir fried version gives a stronger sensation with all the sizzling spiciness. Slightly more tender and juicy chicken compared to BBQ version which is more charred. 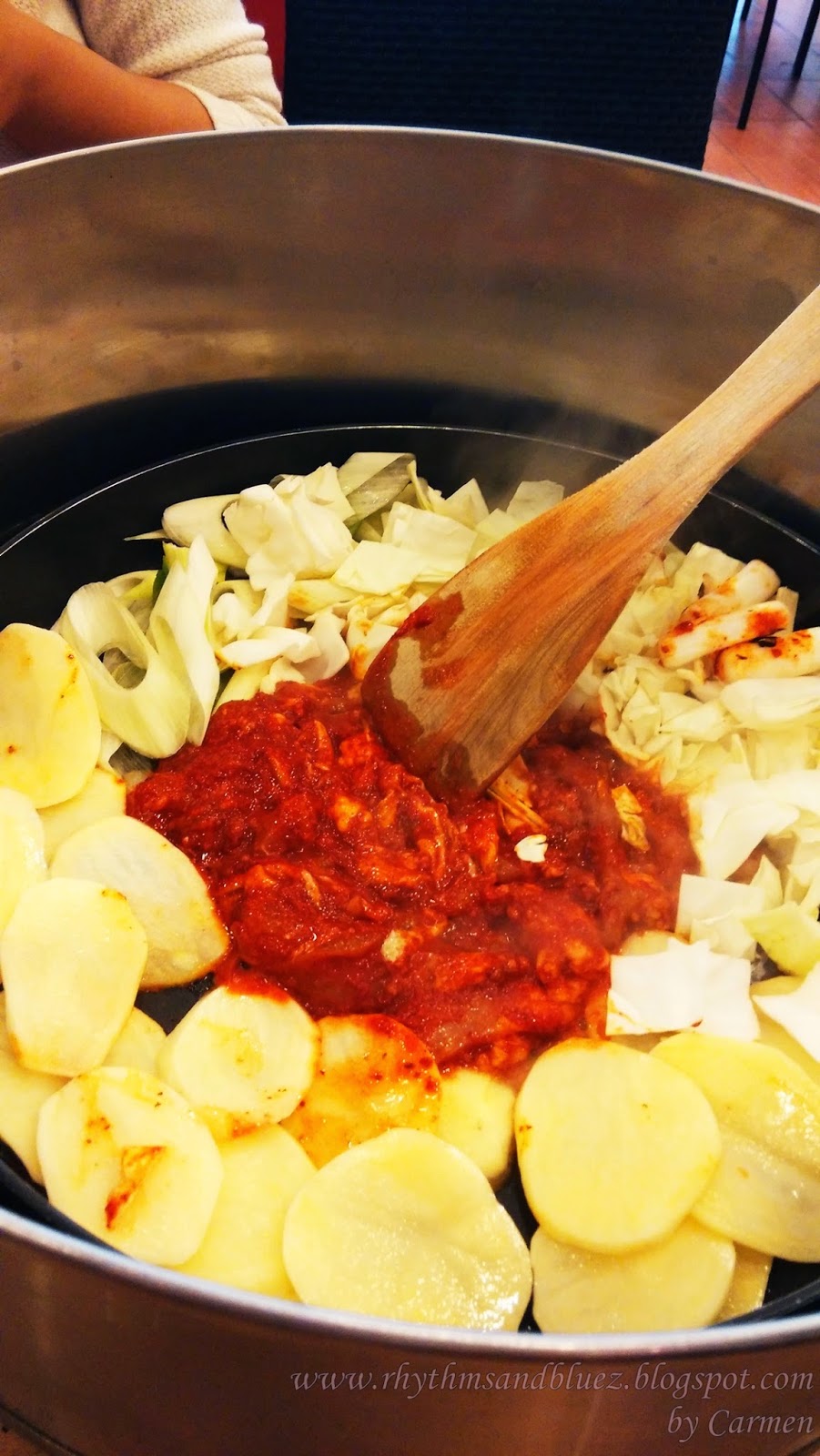 look at all the veggies!!!
by the way that's 2 serving
Each serving of Mr.Dakgalbi is RM19.00
It's the most basic version, with only the chicken and the veggies, you can add on beansprouts, octopus or seafood. 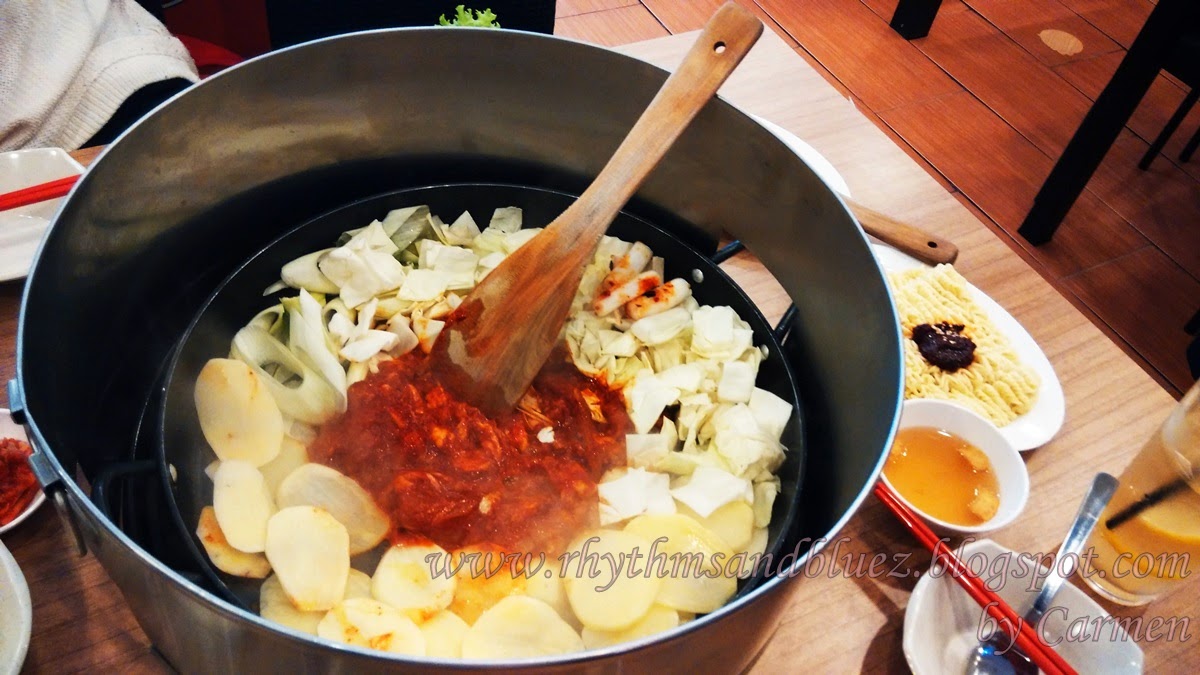 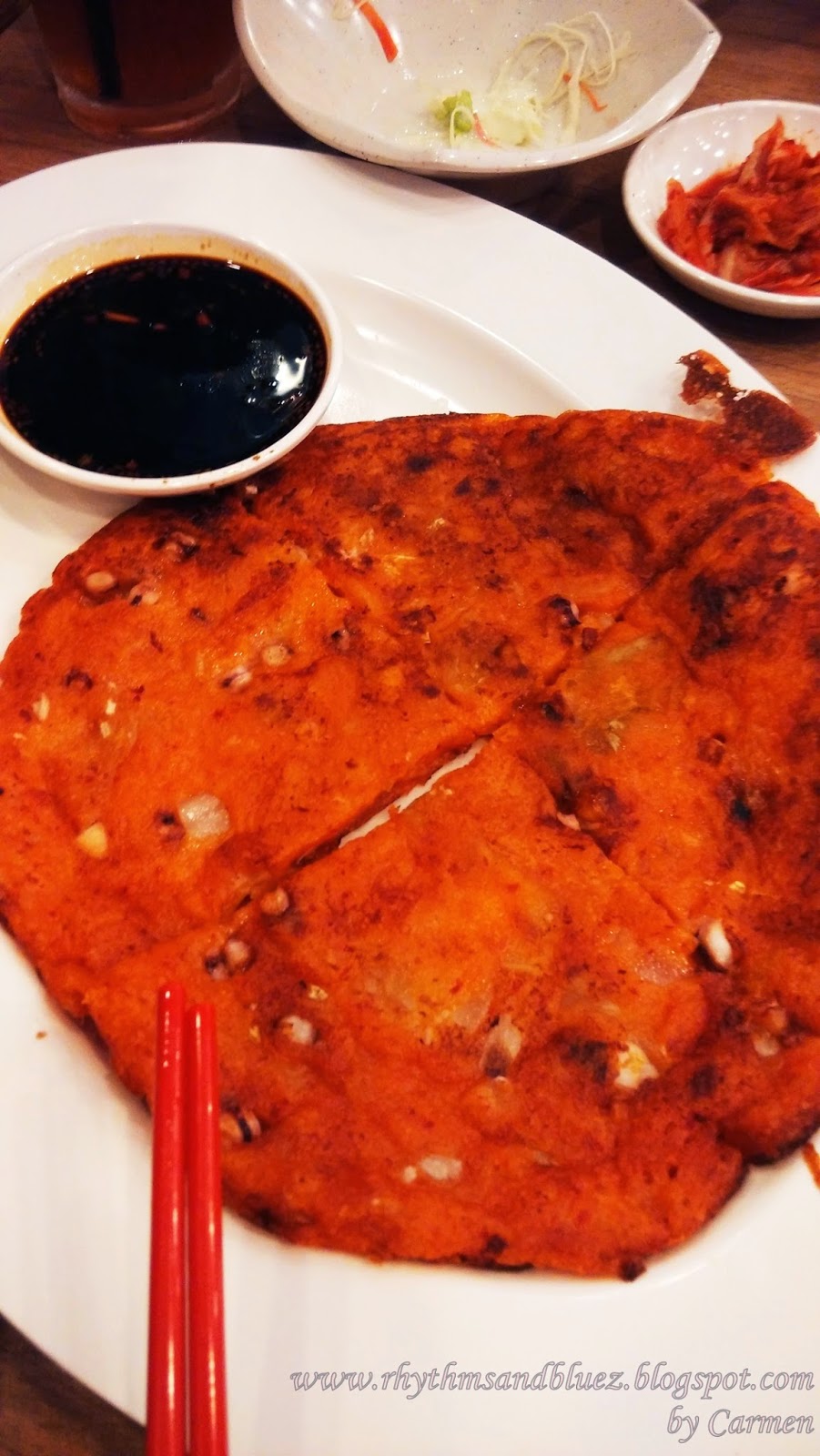 Seafood pancake, included in the groupon.
Not exactly nice, too much flour, sorry to say but I think mine is better haha... 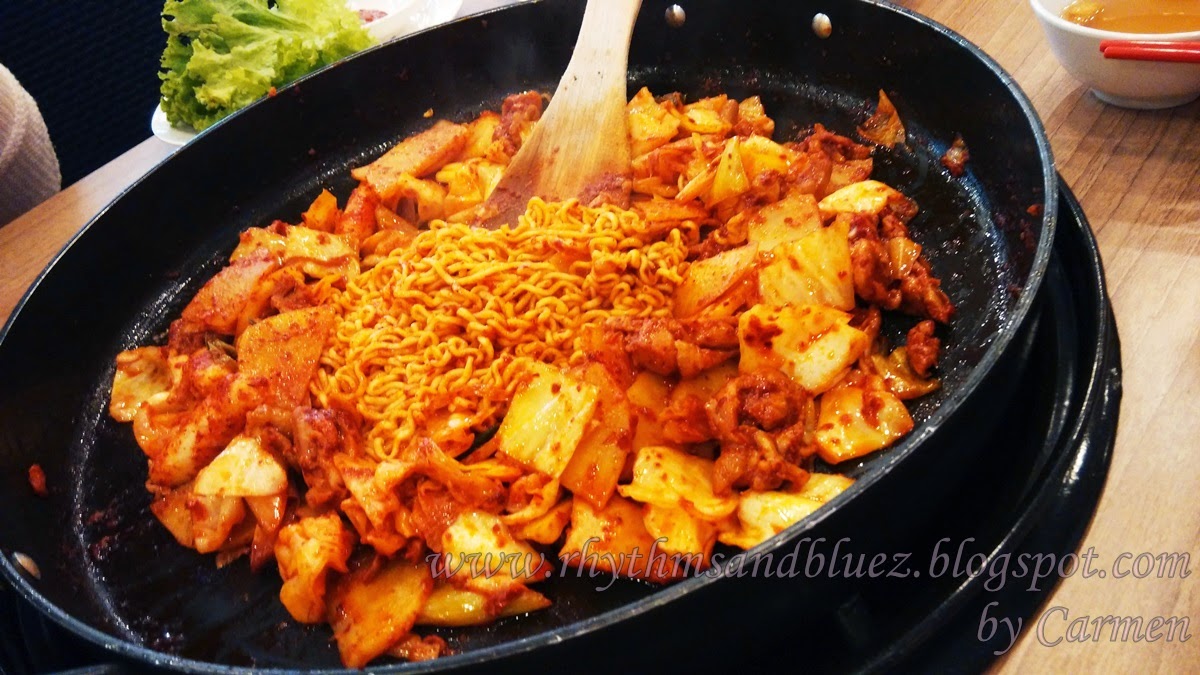 with the springy Ramen stirred-in
Owh I forgot to mention there's 2 refillable side dishes and soup, they also provide fresh lettuce for wrapping. 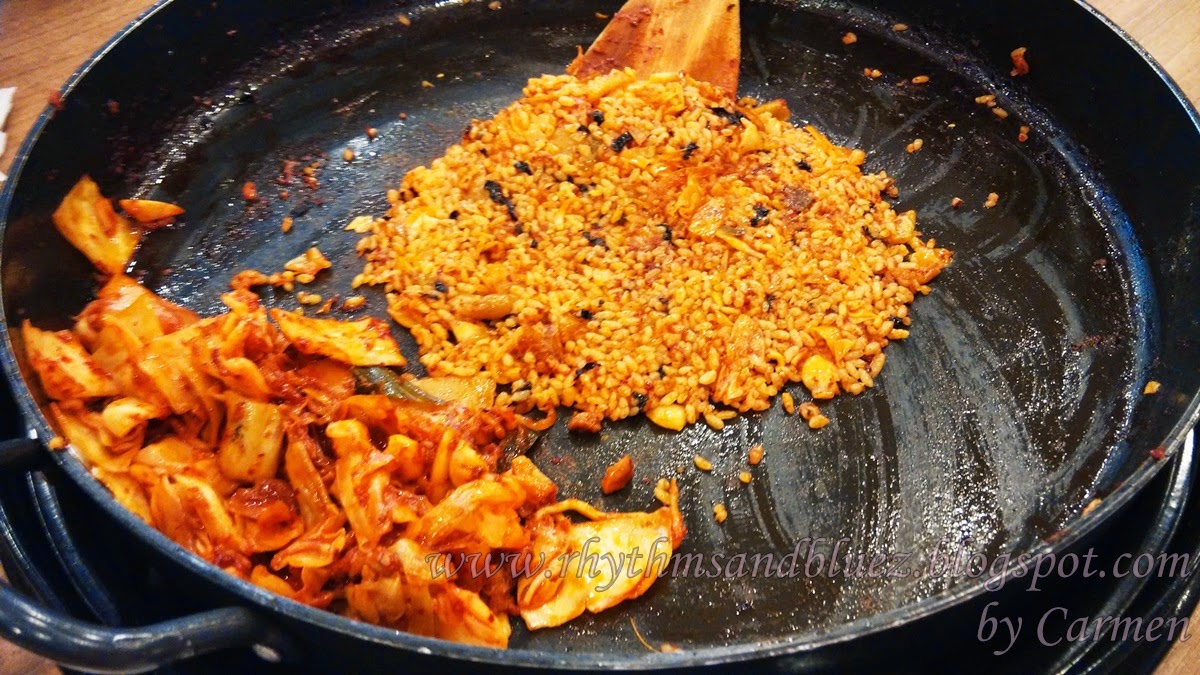 After you pretty much finished what's on the pan, the waiter will pour in a portion of rice with seaweed and use the left over veggies, chicken bites and of course the sauces remaining on the pan to make a fried rice!
Goshhh i really recommend you guys order this fried rice, it's like the rice just picks up all the essence of the veggie and chicken, the rice is warm, crunchy and sweet, and once you chew it, the flavor of the hot sauce pretty much just burst out, it's an addictive taste.

Will definitely return to this place, can't forget the awesome hot sauce. And I guess it's something you should try other than the usual korean ramen and korean bbq. Guess the korean culture is really making a scene in Malaysia, first there's BBQ, then BungeoBang (fish shape bread), then there's Pat Bingsu (red bean ice), and now this. Can't wait to try more. By the way, if you're K-Pop fans or Running man fans, the restaurants has a tv that plays only korean shows and a wall with runningman host's autograph lol.. 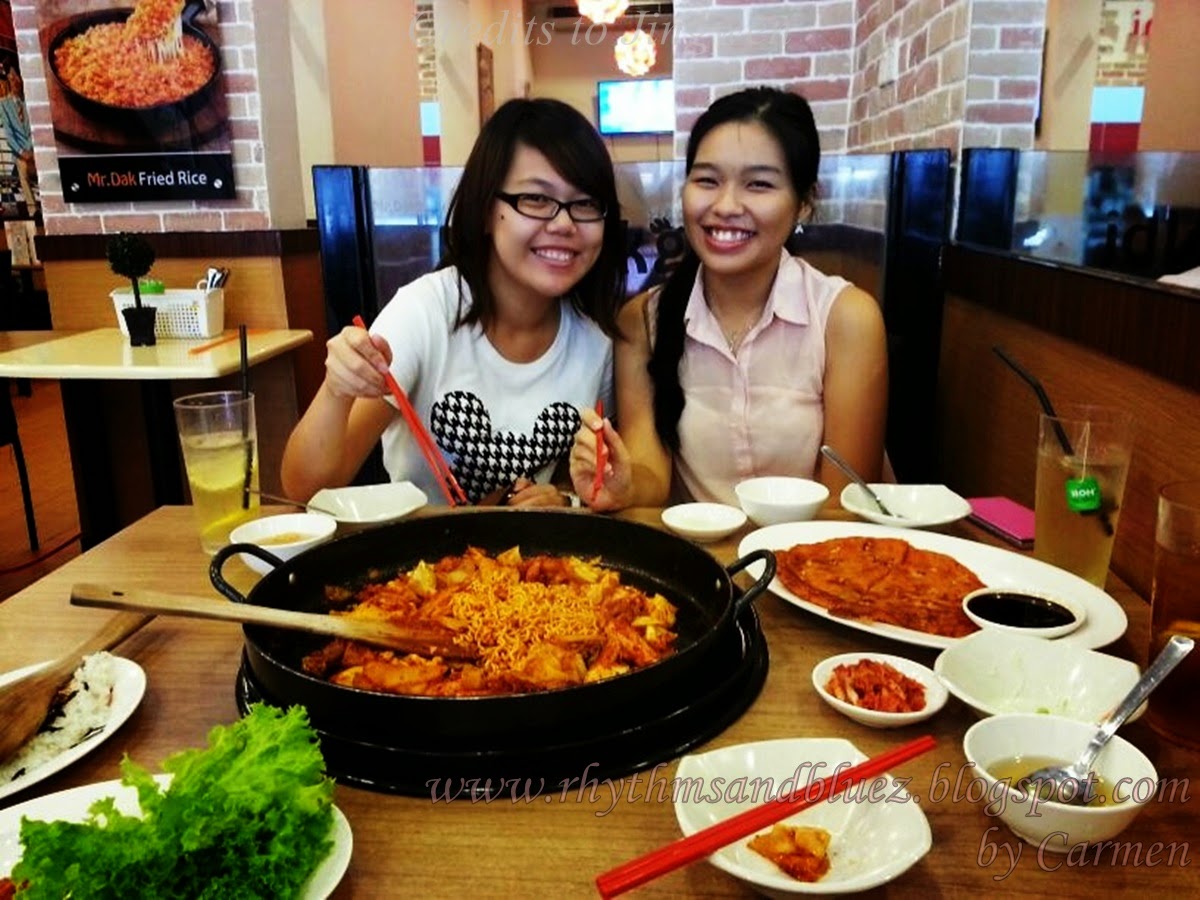 Btw....since the shop is situated at Jalan Bukit Bintang, while we were eating, can help but to notice many "ladies" outside on the busy street of BB haha
Stay tuned for Part 2 of our girls day out!
Posted by Carmen JW at Thursday, July 10, 2014