Hello readers!
Time flies, I'm already in the 8th week of my internship in SG. Well I have never spent my summer breaks away from home, was pretty moody about having to spend 3 months here, just working and nothing else. But turns out the best part of working lies in the golden two day weekend, there's still a lot to discover over here. This makes me realize how depressing studying is, despite being in a Pulau, we are just so tired from all the studying that all we want on a weekend is just pigging in hall and be isolated from the world LOL. Have spent my weekends exploring different places in SG, but just gonna share this one with you guys since the celebration is coming!

Visited Singapore's largest Ramadhan Bazaar at Geylang Serai and had a glimpse of how people here celebrate or rather prepare to celebrate Raya. This Bazaar is massive, much larger than the Masjid India one in KL, selling all sorts of stuff, clothes, carpets to cookies and decorations. It's really crowded here and just like most of the crowd, we're here for the food!

Unlike KL's Bazaar Ramadhan, where the majority of stalls sell only local delicacies and snacks like Ramly Burger, Keropok Lekor and Rendang etc, Bazaar Ramadhan here offers more and there's like a huge variety of street food instead of just traditional Malay food. It's really a mega version of Pasar Malam with all the hipster street food. The best part it, you see people from all ethnicity, queuing up for food and enjoying the bazaar. 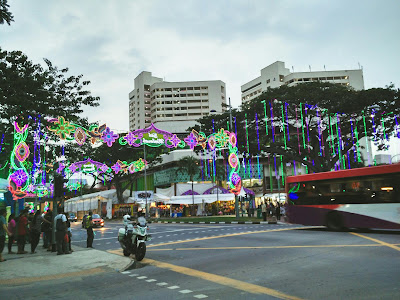 The whole area was illuminated, just like Christmas but with Ramadhan colors. 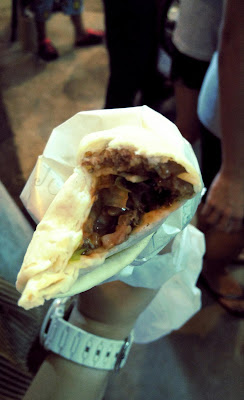 Beef Kebab - S$6
Can't leave without having a taste of this smokey meaty roll. Nothing special though. 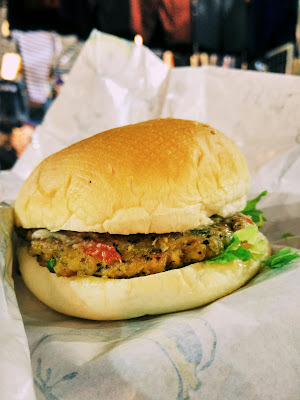 Salmon Burger with Salted Egg Yolk Sauce -- S$5
Another salted egg yolk branded product. But this is kinda overrated, I can barely taste any salted egg yolk sauce. The patty doesn't have much salmon flavor as well. 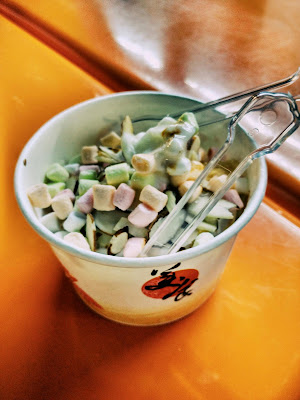 Spicy Korean Yogurt -- S$5
This has to be one of the weirdest things I have ever tasted. It really is yogurt with a spicy taste. So usually we have spicy stuff on salted dishes, but this yogurt, it's just the spiciness, and the sourness from yogurt, nothing else. It feels like something is missing, just so weird. One try is enough. 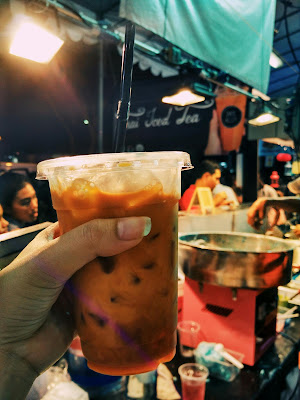 Thai Iced Tea -- S$2.50
I have no idea why Thai Iced Tea is so popular in Ramadhan Bazaar, you can see stalls for this almost everywhere. But this is truly refreshing, you will need this especially after all the queuing and squeezing at the crowded bazaar. It's like a richer version of Teh C. 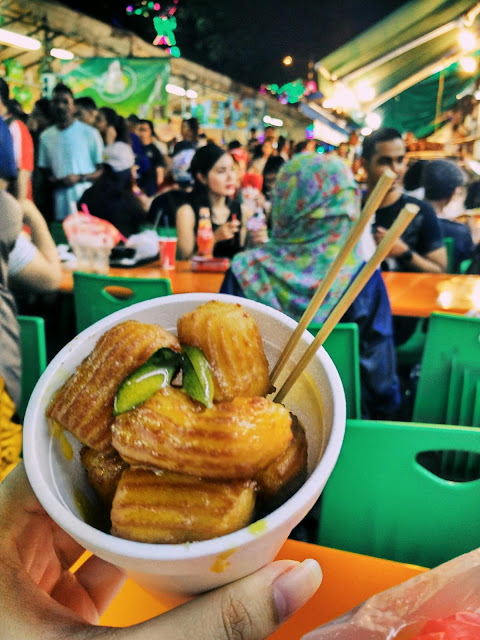 Salted Egg Yolk Churros -- S$6
Finally, the Top1 of the night! After trying the salmon burger, I really wasn't expecting this to be thissss good. But damnn, love the texture of the churros which is crunchy on the outside and mushy on the inside. Coated with the delicious salted egg yolk sauce, just taste awesome.

Btw, just like Taiwan, another popular item here is deep fried Squid(S$7)! But the twist is, we had one of them in TomYum flavor! Though the TomYum flavor was relatively mild, it's still a crunchy and delicious snack. 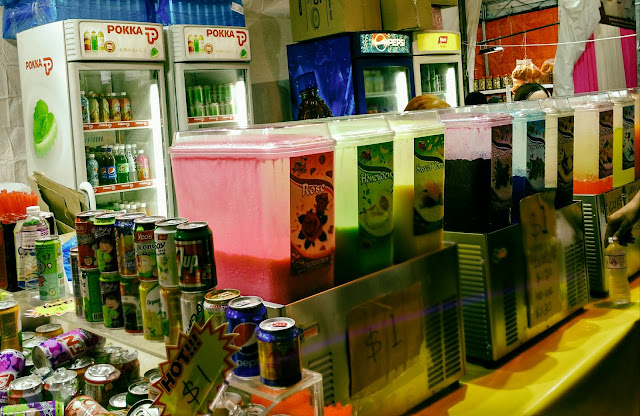 Opened my eyes to the world of rainbow drinks lol 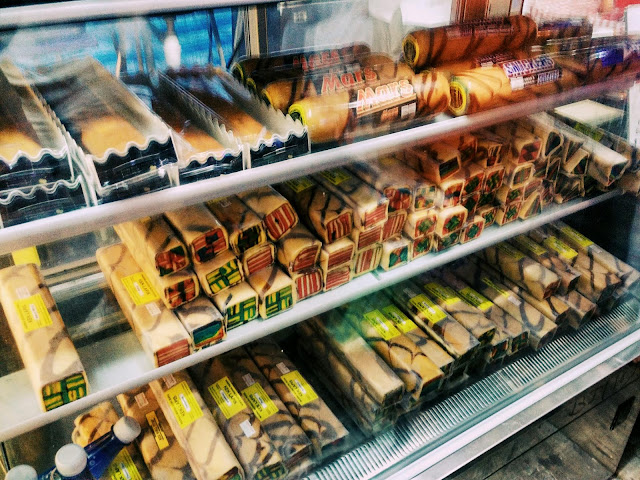 pretty thousand layered cakes aka Kueh Lapis
so tempted to buy them. 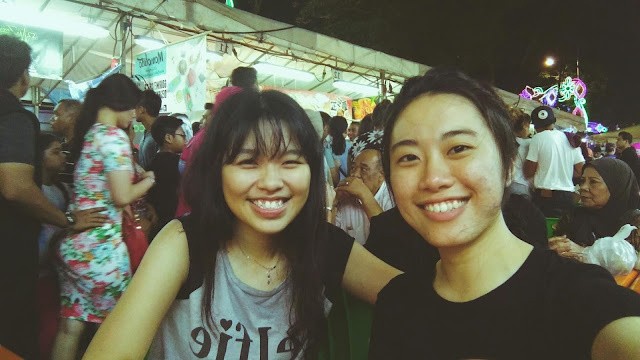 photo with the explore-pal
hope there's more adventures to come 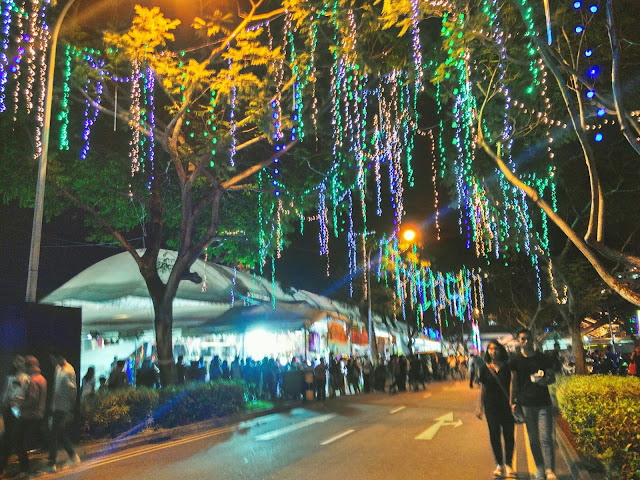 Geylang Serai, in fact any Bazaar Ramadan is really something you shouldn't miss this Bulan Ramadhan. Just go there, try some yummy food, check out some interesting goods and enjoy being part of this festive season! Gotta be grateful that we belong to a multiracial society.
Posted by Carmen JW at Saturday, July 02, 2016