Just some extras from our Chiayi Trip 3 weeks ago.
In case you think Chiayi has nothing much to do, well you might wanna take a stroll at 文化夜市 WenHua Night Market and also the 檜意森活村 Hinoki Village :D

For your info, Chiayi is actually the movie setting for a Taiwan film named Kano which is a movie that tells the true story of a Taiwan baseball team consist of Japanese, Chinese and Indigenous Taiwanese when Taiwan was still under Japanese rule. Since the baseball team itself was originally from Chiayi, the city of Chiayi has set up various movie sets for the filming and you can see traces of Kano at many corners of the city. The places that I went are pretty much related to the movie so if you are a fan, you may wanna look out for them!

At Wenhua Night Market 文化夜市
It's not as crowded and bustling as other night markets that I've been to, but it's still a lively street! I suppose it's more a of a shopping street than night market. Loads of large boutiques that sell clothes at super affordable price. You will be spoiled by the choices you have here. I was literally holding myself back from spending too much but they are truly irresistible bargains! Just to give you an idea, I bought 2 dresses and 4 tops with 1000twd only and the quality isn't anywhere close to below average!

Not to forget, loads of good food around as well, as I've mentioned in my previous post! 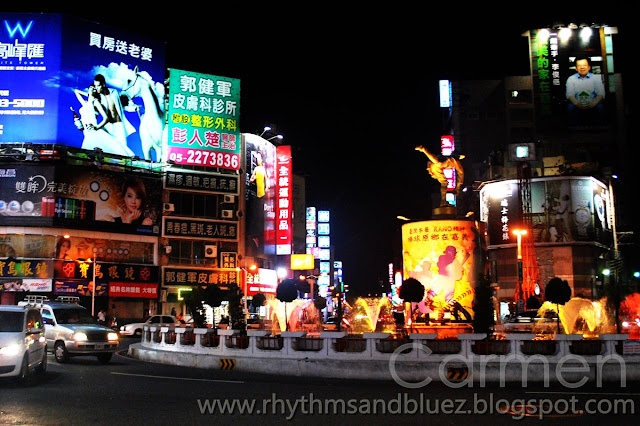 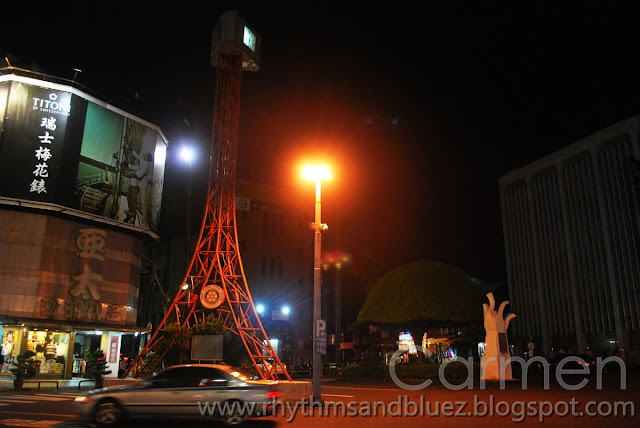 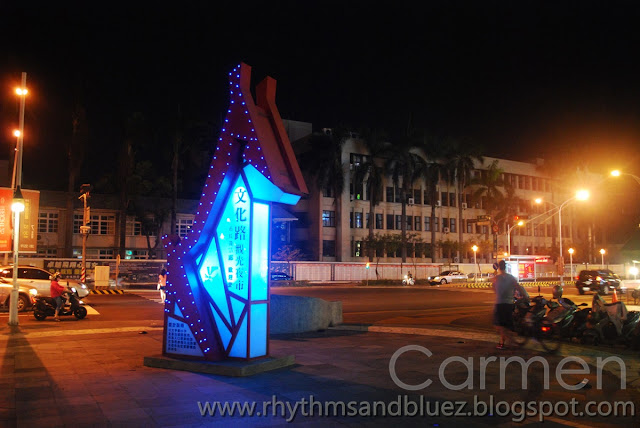 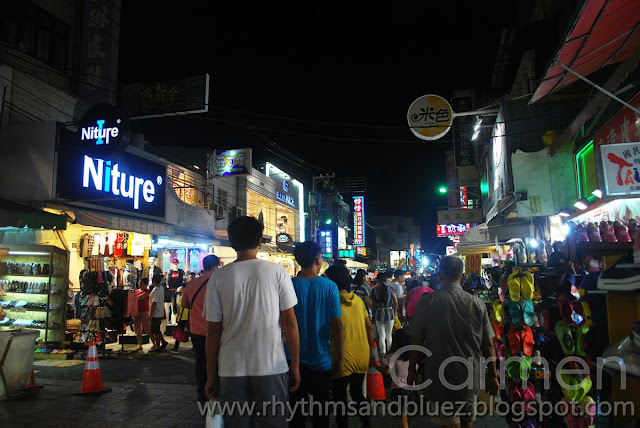 Night markets are truly the hangout place for most locals. You can see them shopping leisurely, or sipping into milktea, queuing for some restaurants or just walking around and enjoying the lively atmosphere. 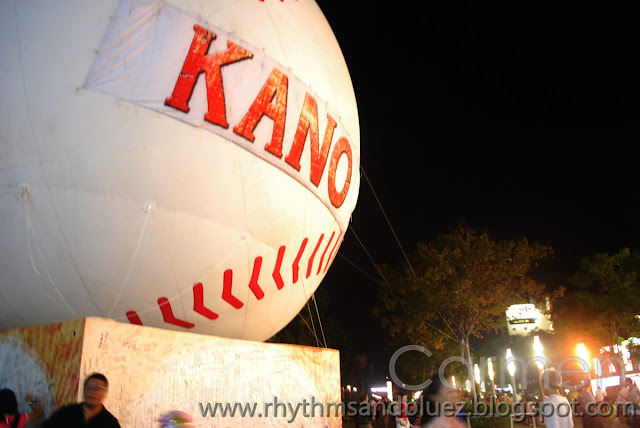 A massive baseball at the Central Park
The central park is located along Wenhua Road, you will definitely pass by the park.
At night, many people were strolling around and there's also street performers to entertain you. 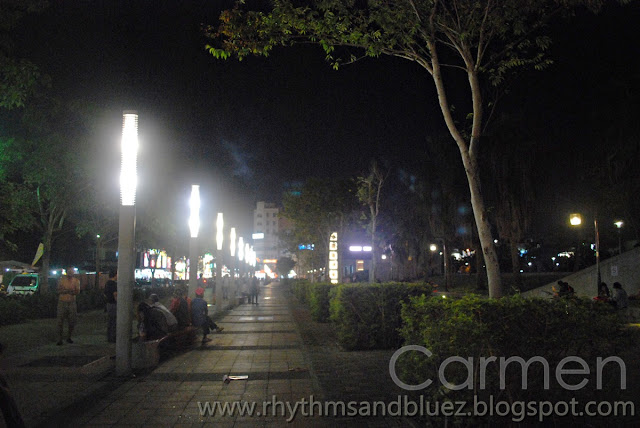 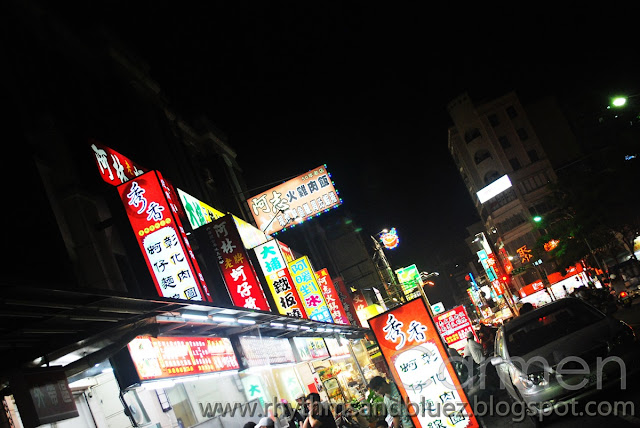 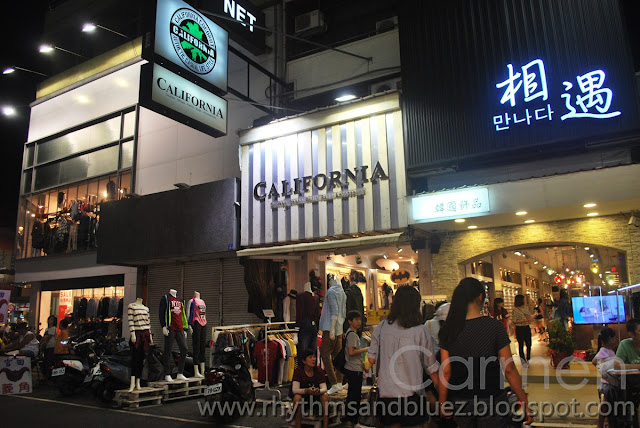 北门 Beimen Area
This was on our 3rd day while we were heading towards Carrefour (which was super far)
Just some of the sights I had. It was raining heavily and the wind was blowing violently due to the Typhoon. Everything looks gloomy here... 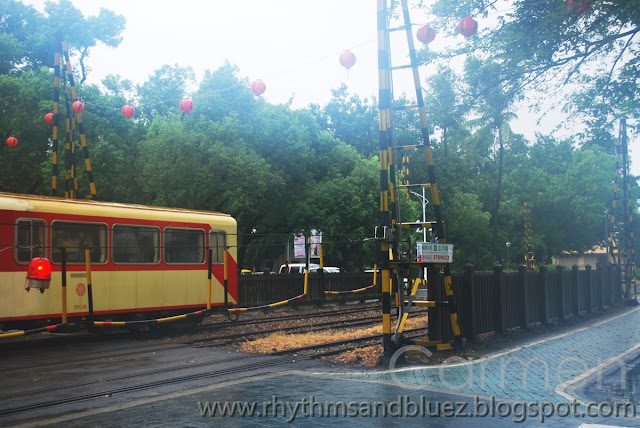 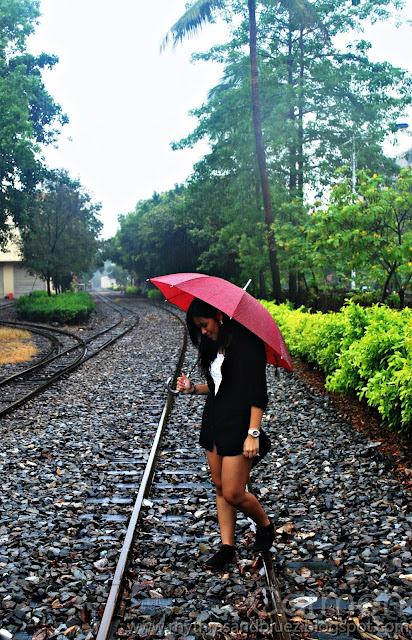 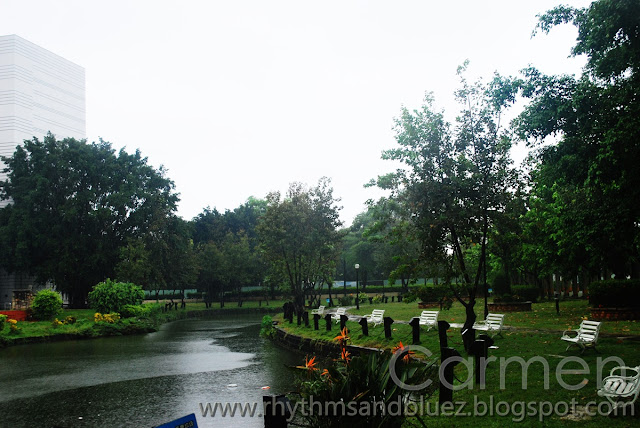 A Park near a library in Beimen
wished the weather was nice so I could have a rest on those benches!

檜意森活村 Cypress Forest Life Village by Hinoki Village
Such an adorable place! The whole area was made up of restored Japanese style houses and includes a beautiful pond and garden. Turns out the houses were once dormitories of Chiayi's Forestry Bureau during Japenese Occupation, when logging activities were done at Alishan. It's the place with most Japanese styled buildings and now these houses collectively work as a market that sells cool and creative stuffs. Yes I mean it, from Calligraphy art, Tea Craft, Handmade bags and more. There's also restaurants and snack bars as well so it's quite a nice place to hang out for weekends. 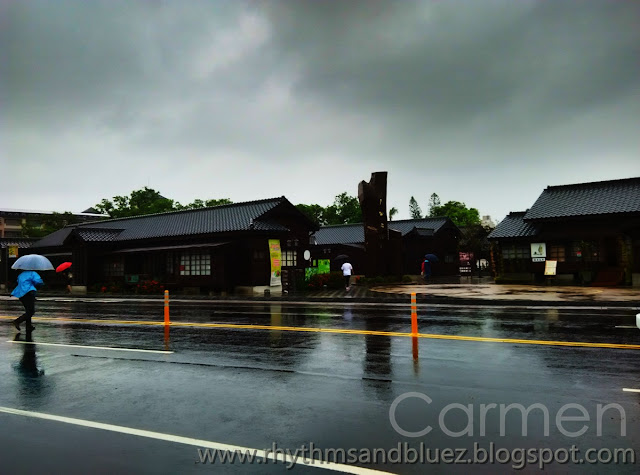 The gloomy looking Japanese village under the grey sky 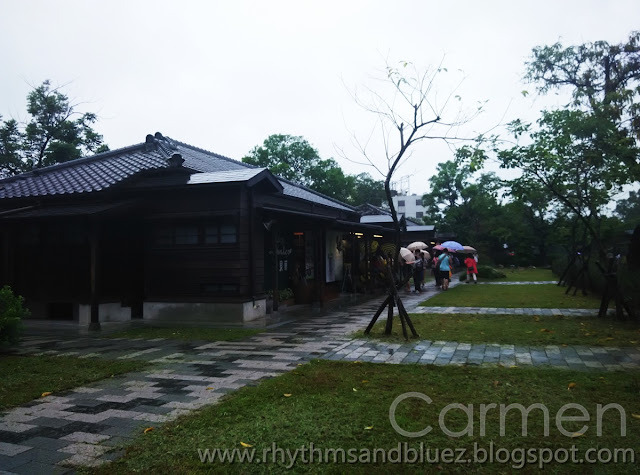 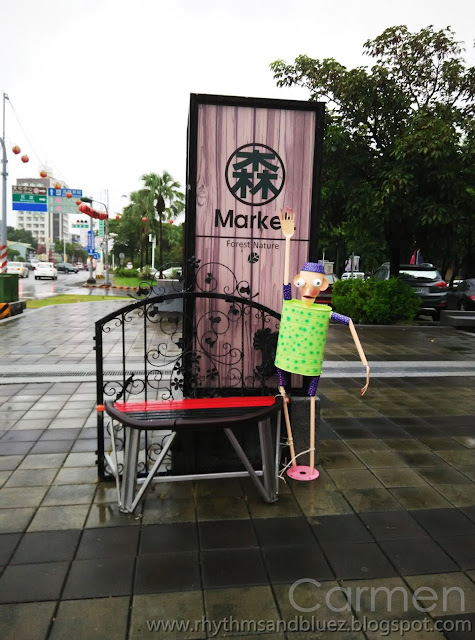 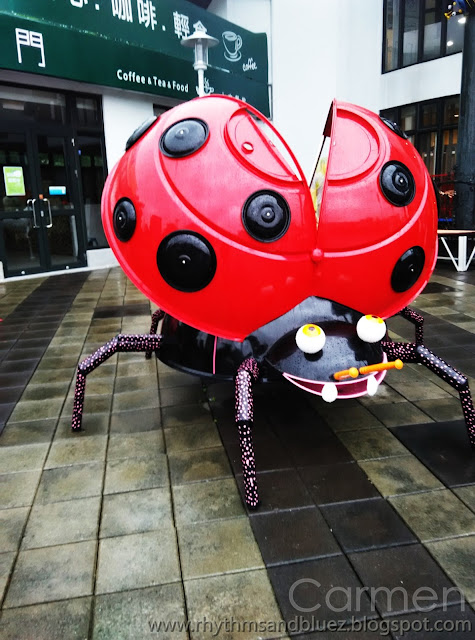 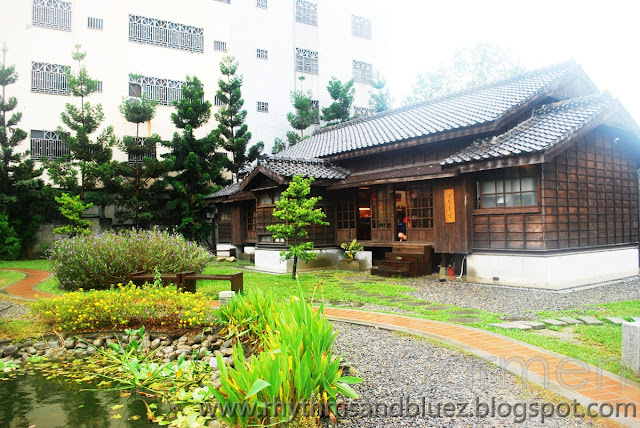 So pretty.... I was imagining myself in Japan haha 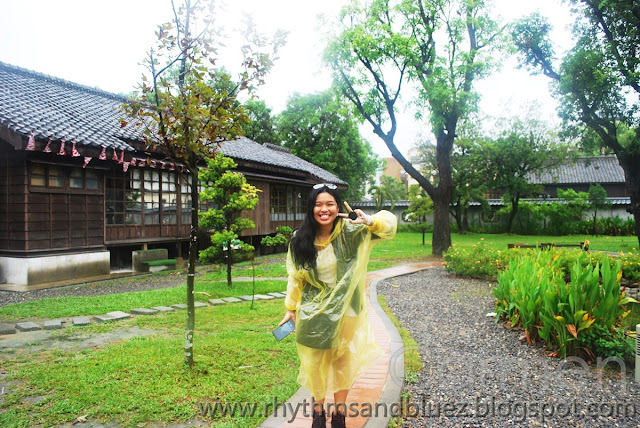 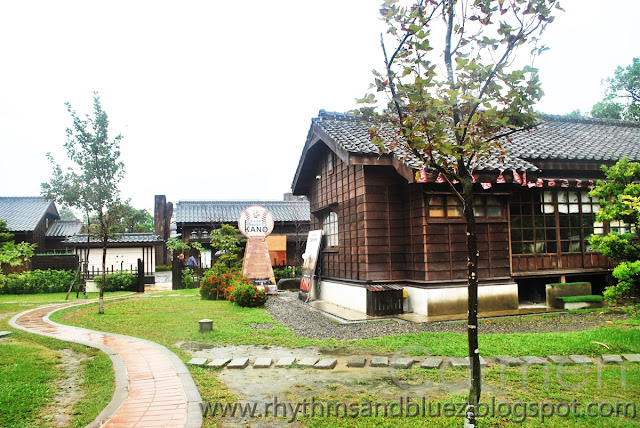 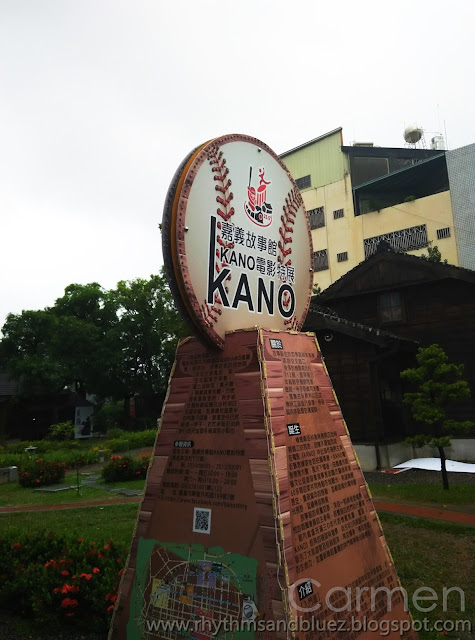 It's also a movie set for Kano as well. And you could find an exhibition hall for the movie here. 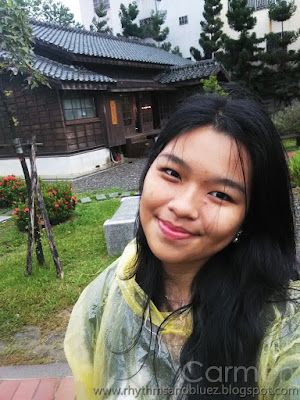 wished I wasn't in this yellow shabby disposable raincoat!!
Why oh why it has to rain?? 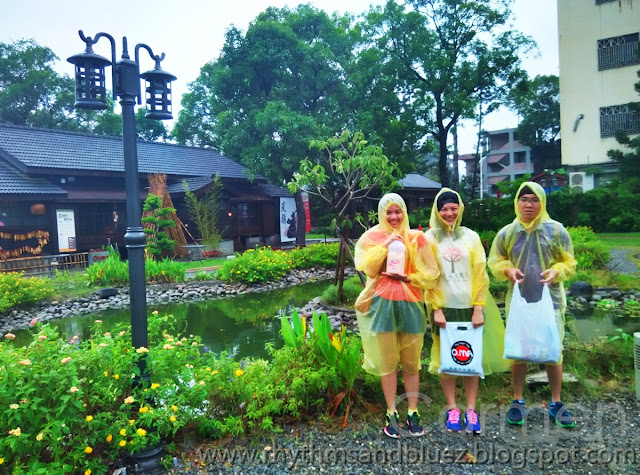 Haha me and my minion troops LOL 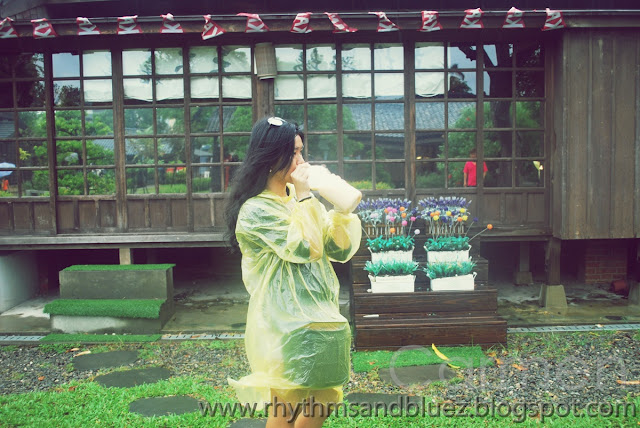 I guess Chiayi's trip was the most, unplanned and unexpected trip for me. We didn't really plan on places that we wanna go, in fact we were under the impression that Chiayi city don't have much to do and instead we should just anticipate Alishan trip only. But I guess it is trips like this, unplanned, just plain walking and exploring, snapping down photos of sights that I love, trips like this, that I enjoy the most. I'm glad that Chiayi has offered me more to see and feel. Do visit Hinoki village and Wenhua Night market if you are in Chiayi!
Posted by Carmen JW at Thursday, October 22, 2015

Email ThisBlogThis!Share to TwitterShare to FacebookShare to Pinterest
Labels: ExchangeInTaiwan, Travel While We Young