Movie Review: Night at The Museum 3 and Woman in Black

Very short review here...
Was able to catch 2 movies in the past week thanks to my very ON friends heh...
well the reason I say it will be short, coz, these 2 movies are not exactly my type of movies. But will still give some comments anyway.

1. Night at the Museum 3
Cast: Ben Stiller, Ricky Gervais, Rami Malek, Patrick Gallagher, Robin Williams, Owen Wilson,
Genre: Comedy
Synopsis (from GSC Website):
After two unforgettable Nights at the Museum, Ben Stiller and company are back for another exciting night of adventure and laughs! Our new adventure begins at the opening of the new Planetarium in New York, when our museum heroes lose control of their minds and bodies as the tablet that brings them to life slowly begins to deteriorate.
Only Ahkmenra’s father knows the secret to restoring the tablet and as fate would have it, he’s displayed in London. The action moves to the famed British Museum of Natural History where, with a little help from some ‘new’ friends, they must risk everything to discover the secret to the magic tablet and repair it before Larry loses his museum friends forever.
http://www.gsc.com.my/Movie-Synopsis/Night-at-the-Museum-Secret-of-The-Tomb/ My thoughts:
Just plain comedy man...if you really wanna laugh out loud, then watch this! Just loads of comedy, the actors are all wellknown comedians. Story, lol the storyline really doesn't matter much afterall. But the characters are the ones that shine. The interaction and chemistry between them is just so funny. I do love the fact that the movie goes to the British Museum this time, showing a whole new range of museum "friends". It's still a heart warming film. But still I wished there's a deeper meaning to this movie, coz spending RM15 to watch this in a cinema might not be very worthwhile.
Rating: 5/10

My thoughts:
Not as scary as I expected (Thank God), but there were still some eerie moments that keeps you on the edge of your seat and curse occasionally I actually like the background of the story, it's set in World War 2 era, so the characters, the visual effect all seems to give out the vintage-classy-but-creepy scenes. Another thing that I like about it being a horror movie, it's more on the psychological side and there's not much disgusting and bloody scenes. But, the not so nice point would be, I think the story line was kinda vague, I just felt the connection between the main characters could have been stronger, I guess it will haunt me more haha. Anyway, I still don't understand why this is rated PG13 haha, coz it's still quite scary for me LOL (Okay I know I suck) I saw kids in the theater man! Very hard not to have nightmares coz the story revolves around children as well.

Haizzzz, it's my second time watching horror film in cinema and it's thanks to the same bunch of 损友 again!! They always buy movie tickets without telling us which movie 先斩后奏 :( Why on earth do they love horror movies that much?? TT.TT But luckily it was a weekday, cheaper tickets woohoo...

Anyways, here's my outing with Daphney last Saturday where we watched Night at the Museum 3. I was home alone that night, grateful that this girl was willing to be my dinner date! Very gamdong arr... Had a very wholesome dinner and decided to watch a movie at the last minute! Impromptu sia. Stupid moments we had haha. But I felt really happy that day, just food, movie, and of course, a best friend. 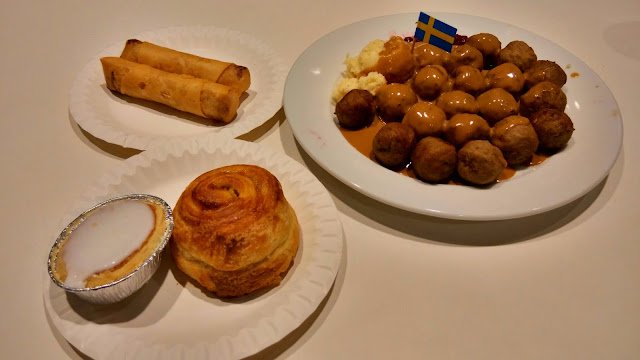 Haizzz seriously, IKEA is still the best place for dinner. 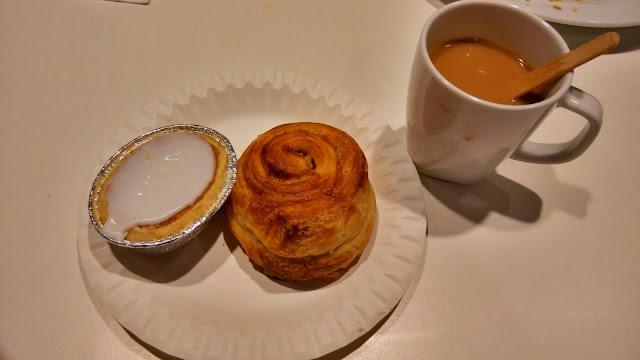 Love the refillable coffee of course. If it's during the day, we could have just sit there and chat for hours. 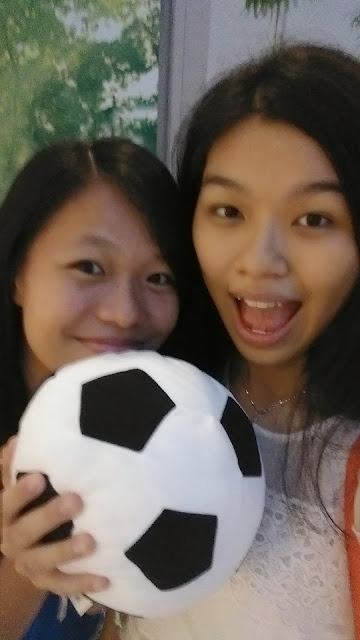 She bought a football from IKEA
and had to carry the ball in her arms the whole night
Even funnier she was wearing football jersey, people would have thought that she's an insane football fan that can't live without a football beside. 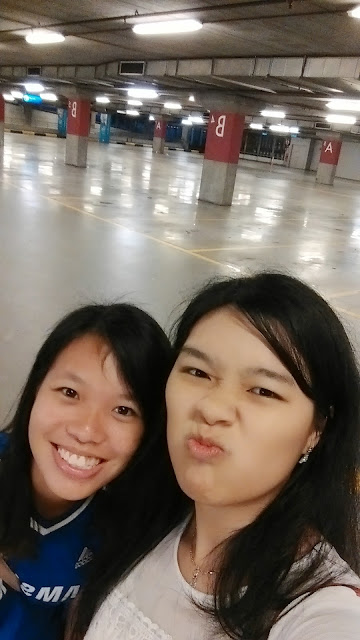 Oh ya, we 2 brave girls, stayed all the way till midnight, where the malls were all closed and car parks super empty. 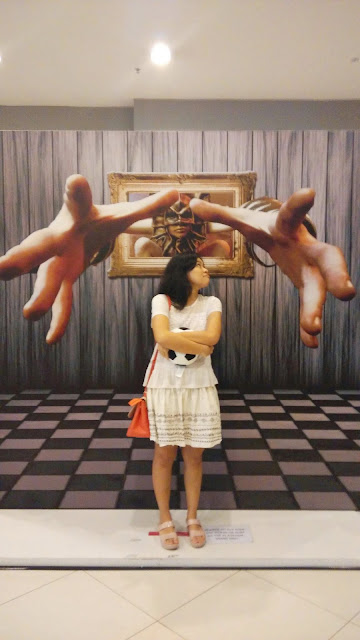 some 3D trick art in E@Curve