Went out with my girlfriends
Miu, Chris, and Flo
and Audrey San Ee Mei actually FFK-ed us!!!
she picked a gym over us......*heartbreaks....
anyways, we still had a great time.....
The Movie of The Day : The Twilight Saga : New Moon

Let the picture do the talking la kay?? 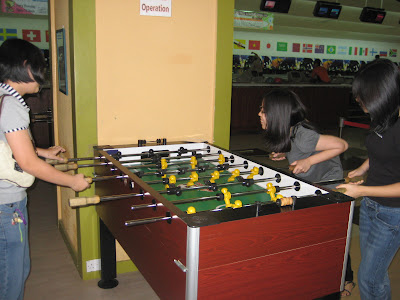 Then, had lunch in SAKAE 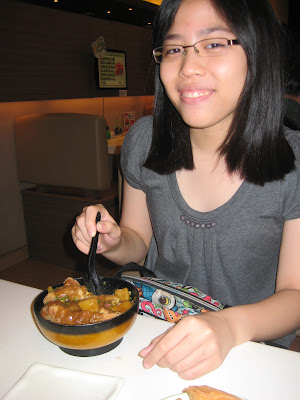 Christine Cheah and Her Curry Rice 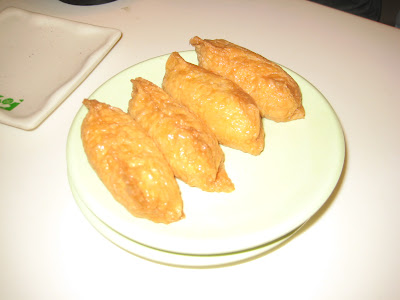 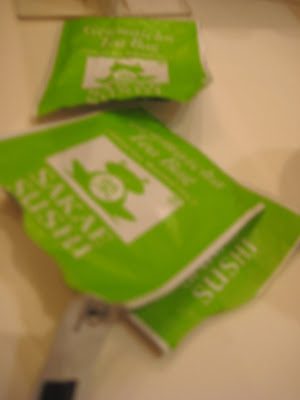 Green Tea Packets that costs us 2.oo++ each 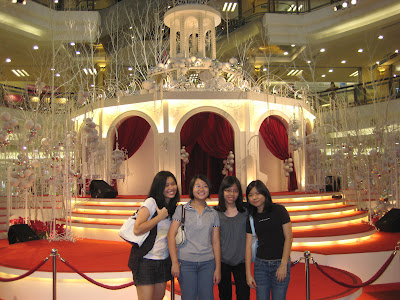 Pictures with the toys.... 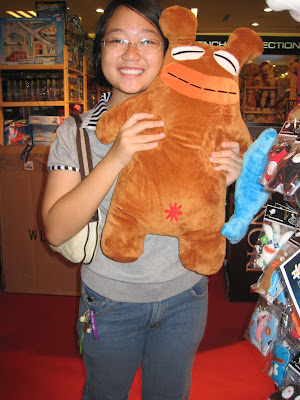 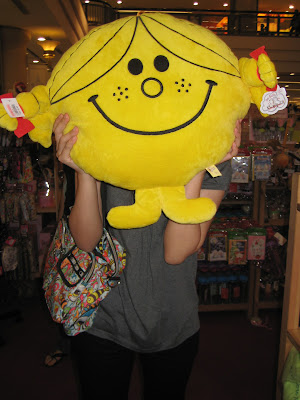 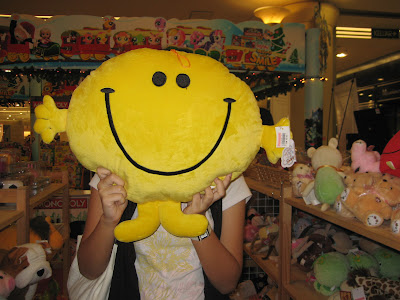 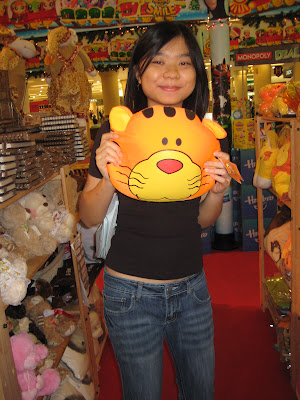 Movie in GSC
I really like the Filmstrip Mirror...

3 of them were suppose to go back at 4.30
but they didn't,
so went to Charms Cafe and yumcha-ed
but we really wanted to drink some tea only
coz we were all facing financial difficulties....
That place was full
the centre table was reserved
but don't know why the waitress let us sit at the centre table
the one with the swing chairs one
and we felt a bit paiseh coz we plan to order plain water only...=)
in the end we ordered really awkward stuffs
A pot of English Tea, RM7.90
Me and Flo : French Toast, RM2.80
Miu : Single Scoop Ice Cream, RM 2.90
Christine : A Fried Egg, RM 1.20
Very weird isn't it??
especially the egg....
they really have an egg fried and served with a small plate
just like that
anyways, I thought the tea was very worth it coz u can keep adding water.
The environment was really nice,
they used a lot eastern furniture but they still looked very modern...
the French Toast was tasty as well
and we just didn't feel like leaving that place...
Wonderful Place to YumCha =) 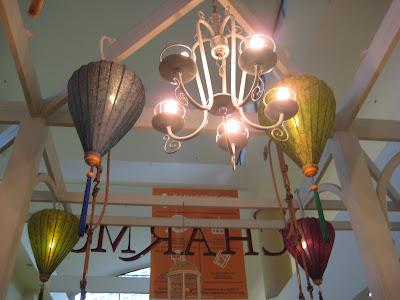 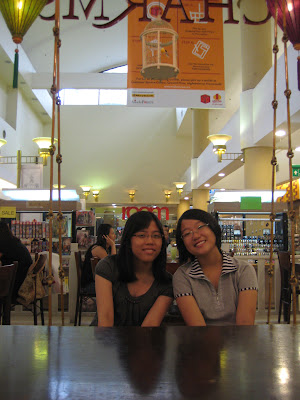 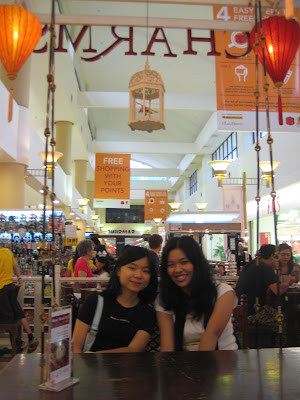 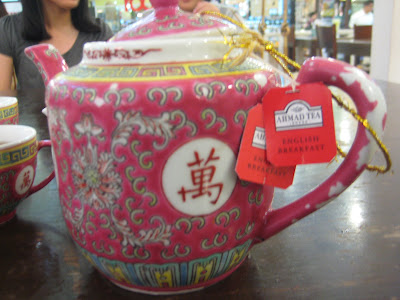 English Tea in a Chinese Pot
and the tea brand is Ahmad Tea, London
Irony isn't it???? 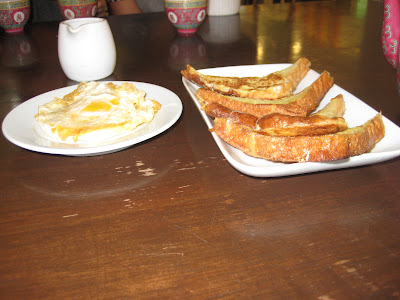 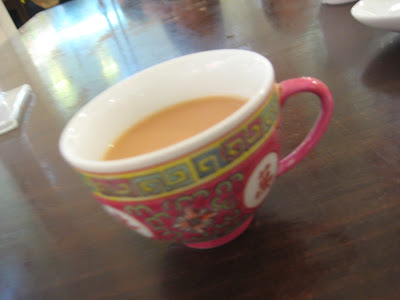 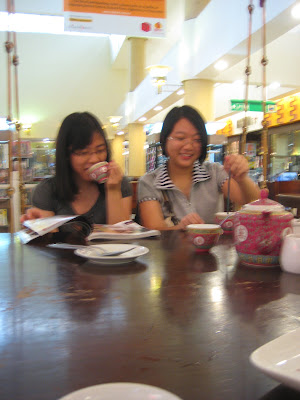 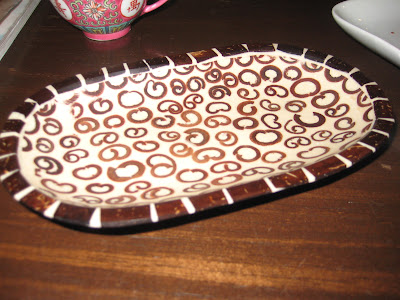 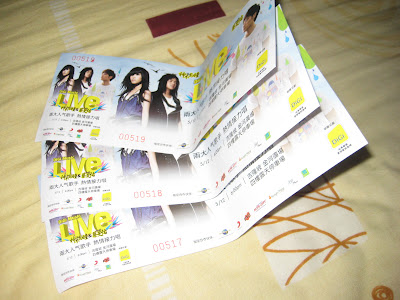 Went to collect my ticket since I haven't stop my digimusic content
and that guy gave me 3 tickets
which was suppose to be one only
I guess they still have a lot left to give out...
and now I feel pretty bad coz i don't think i can go....
These tickets will be memory tokens only
But I really want to go!!!
They are like my Fave Idols weih!!
Feel like stabbing myself
Y2J and Evan Rocks!! 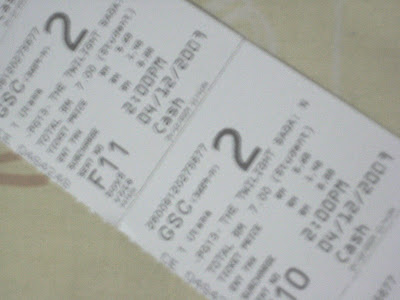 My brother was sooooooo right
This movie kinda sucked......
I'm very sure it's not because I've read the book
but seriously the storyline production sucks.....
I asked Chris and Flo immediately after the movie
"You can understand a?"
Obviously they can't coz they didn't read the book
everything was so vague.......damn blur.....
All the important points were merely hinted only
and they didn't explain things
especially about the suicide of Edward
I'm 100% sure nobody wants to watch this movie if none of us read the book
Summit Entertainment assumes everyone in the world have read the book....
they are dead wrong.....
The wolves didn't look intimidating to me
The Volturi castle didn't look really cool or grand 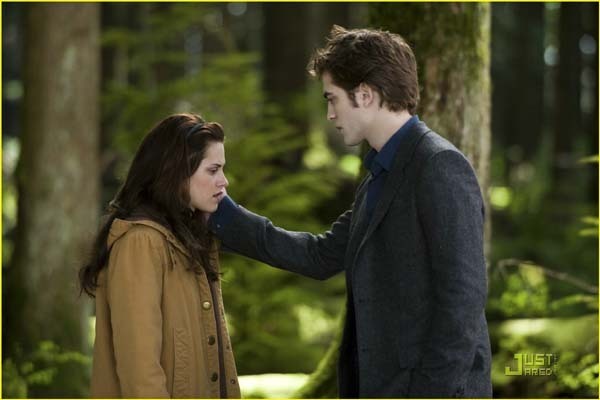 oh, the part where Edward left Bella
wasn't really heartbreaking after all
I cried when I was reading the book
but the movie scene was simply flat....

And, I think this movie doesn't have a Climax
I know the climax part is the part where Bella's chasing Edward in Volterra and the Volturi part
but honestly, i felt nothing when i watched them
Nothing made me nervous, anticipate
nothing made me happy or sad,
No CLIMAX in my thoughts and feeling

But there were still something to give credit for.....

I like the settings, very beautiful colors.....
Especially the opening scene in the meadow...

and I love the wolf pack and the Volturi vampires!! there were some parts that made me laugh even though it wasn't suppose to be funny
I laughed really loud when they showed Alice's vision bout Bella turning into a vampire
the living-in-a-fairy-tale-couple running made me laughed like crazy!!

My favorite part is the relationship between Jacob and Bella
not that I'm Team Jacob
but the relationship was very well portrayed....
I can at least see the complicated sense in it....
yea....It made Bella looked like a bitch.... haha